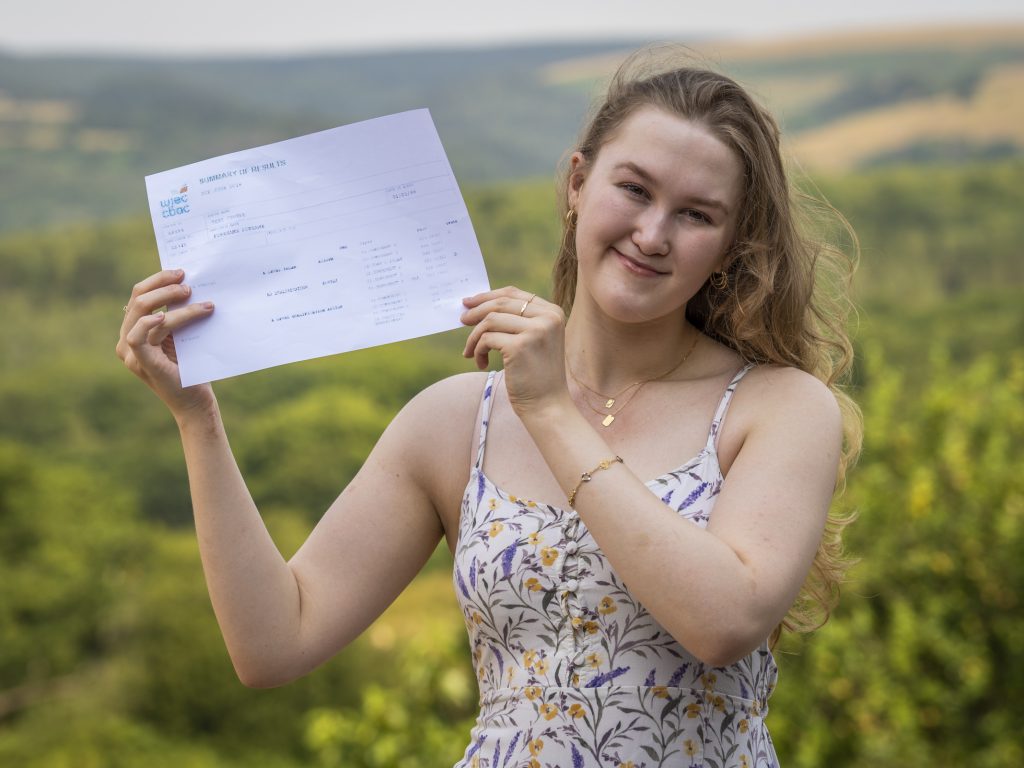 Jaynee Winslade-Gregory (18) from Bridgend, a fulltime carer for her grandmother, has achieved a stunning four A*s in Chemistry, Biology, Maths and English Literature and a well-deserved place to read medicine at Imperial College, London.

Jaynee, whose Dad works night shifts and mum suffers from mental health issues, cared for her grandmother, a dementia and stroke sufferer (now deceased) in the morning, after school and overnight helping her with showering, dressing, eating and medication.

“As an only child I have never known anything else” said Jaynee.  “We had no outside support so I felt my mission in life was to care for my Nanna and to look after people generally.  When she passed away it was as if I had lost my purpose and compounded by lockdowns during the pandemic, I felt very displaced.

“However, I have been really fortunate as my teachers at Cardiff Sixth Form College and my parents have been so supportive.  I decided to put my head down, start working hard to achieve the best grades I could and am now the first person in my family to go to university and the first doctor.”

Jaynee’s interest in medicine first started when she accompanied her grandmother into hospital.  She found herself fascinated by the medical staff and started to talk to the doctors about how they made diagnoses from the symptoms exhibited.

“I first went into hospital with my Nanna when she was diagnosed with vascular dementia, triggered by a mini stroke, when I was two years old” said Jaynee.  “She was very disabled, blind and needed lots of support so hospital became almost like our second home.  I found the atmosphere very inspiring and idealised the doctors.  Seeing people who had such a positive manner and were doing their absolute best to help people, many of whom were extremely ill, really focused me.  It was pivotal in helping me decide what I wanted to do with my life.”

Said Cardiff Sixth Form College Principal, Gareth Collier.  “Jaynee has worked really hard, attending drop in sessions with staff to help her catch up on her chemistry.  She has joined the debating society which has given her confidence with public speaking and improved her interview technique as well as making full use of the extensive resources that the College offers.  Having spent so much time in hospital she has seen first-hand what being a doctor entails and understands the hard working environment in which medical staff operate.  She has natural empathy and will make an excellent doctor.”

Added Jaynee: “As a country girl growing up in Wales going to university in London has been my dream.  I was fortunate to win a full scholarship at Cardiff Sixth Form College which has helped me not just achieve top grades, but also reflect on where I wanted to go to medical school and think positively about how to get there.  We had lots of professionals working in different part of the medical profession come to speak to us and I certainly couldn’t have done it without their support.”