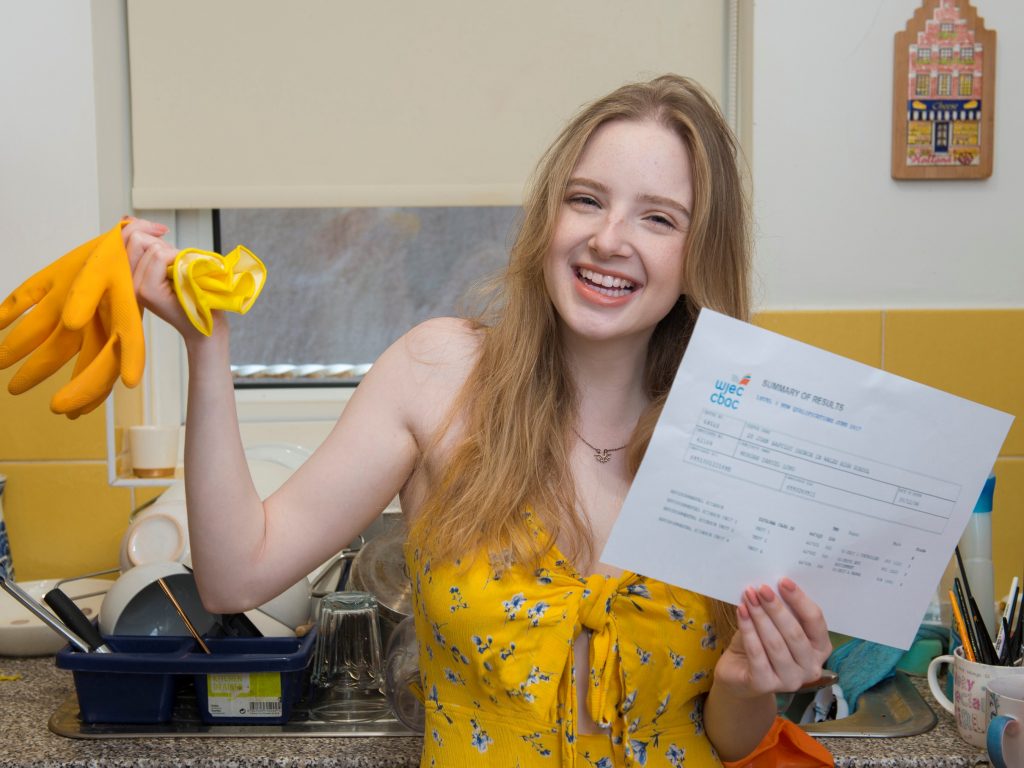 Francisca Reed (19) from Cardiff has achieved one A* (English Literature), two As (Government and Politics and Mathematics) and one B (Economics) in her A levels and is off to study PPE at King’s College London this September.

Francisca, whose parents live in the Netherlands, has been living in a small flat on Newport Road in Cardiff from March 2020 with the support of her family and friends. Her father, who had moved back to Cardiff to be with Fran for her education, went back to Holland for a holiday and was unable to return due to different country lockdowns.  Having to rely on the kindness of others and do all her own washing, cooking and cleaning as well as studying for four A Levels at top school, Cardiff Sixth Form College, has been a real learning curve for Francisca.

“It was really hard at first” she said “and of course we never expected it to last this long so at times it has been very lonely and isolating. I am fortunate that I have great friends who joined me on and off during lockdown but it is a small flat and has been a real responsibility.  Of course I have no worries about going to university now as I have had a lot of practice over the past 18 months!”

“I went to online school in the Netherlands for my GCSEs as my parents were working there as a teacher and a product manager.  Not being very old myself at that time my academic work really suffered and I didn’t do very well in my GCSEs first time around.  I also found pure online working very hard as someone who is very sociable and I didn’t feel I had enough support with all my lessons being done through software and lecture-style teaching.   So I decided to re-take my GCSEs and joined Cardiff Sixth Form College’s one year GCSE course and my results were much better second time round.”

Francisca has received tremendous support from the teaching and pastoral team at Cardiff Sixth Form College and is very grateful for their encouragement.

“I begged my parents to let me go to Cardiff Sixth Form after online schooling and even boarded for the first six weeks before my Dad moved over with me and my parents had to live apart for six months which was hard for them.  However, it was the best decision of my life.  My teachers have really helped ignite my passion for politics and now I am off to study Politics, Philosophy and Economics at King’s College.  One of the staff arranged for me to volunteer for the Conservative Party leaflet dropping and phoning people during campaigns and I have been a very active member of the Model United Nations and Debating Clubs which I hope to continue at university as debating has really given me lots of confidence.”

Said Principal of Cardiff Sixth Form College, Gareth Collier: “Francisca has been an exemplary student here at the College and has showed great maturity and resilience. Her House Parent, teachers and the pastoral team have been very actively involved in helping her manage her schoolwork commitments and have been in constant communication with her to ensure that mentally she feels supported and able to cope. She has taken part in lots of activities and volunteering and is always the first one to put her hand up and try new things.    She deserves all the success she has achieved and we are very proud of her.”