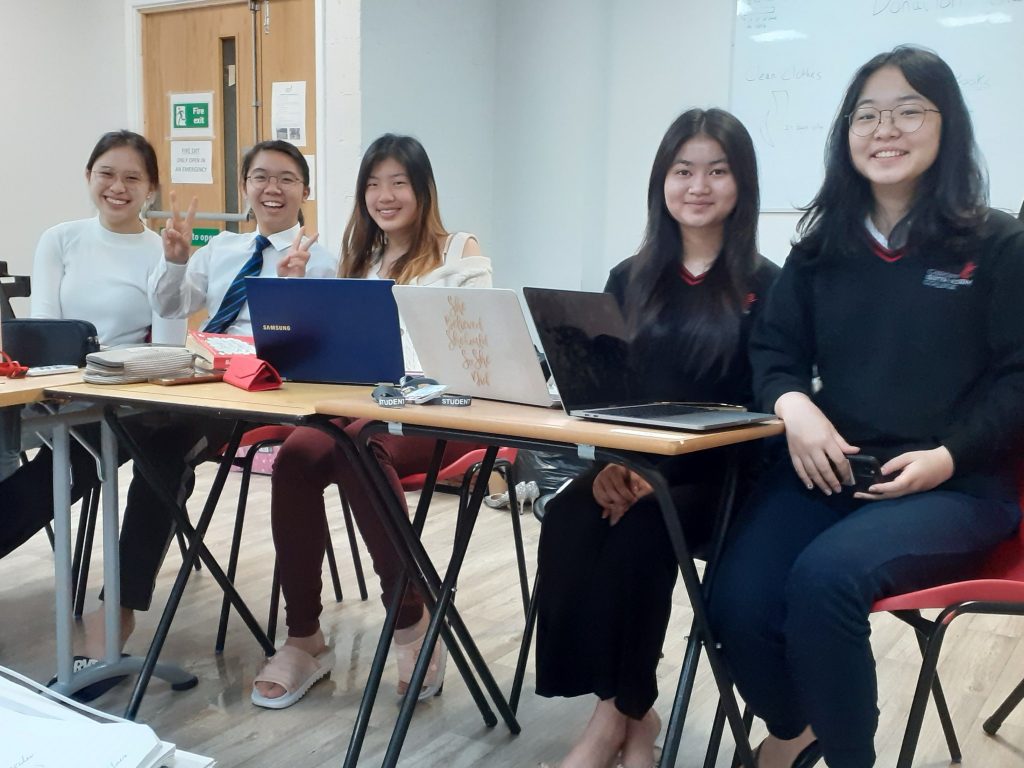 Well done to IGCSE students Crescent, Angel, Gech and Milly, supported by AS student Yena, who took part. After attending our recent 3 day workshop on an Introduction to Debating they felt confident enough to enter this challenging competition where they debated against teams from the Philippines, Japan, England and Greece. They won the round against the Philippines where they debated the issue of Parental Leave, and whilst they were not successful against the Greek National Team, the judge commented on the above average debating skills displayed.

Two of our AS students, Isaac and Adelaide, also took part in the competition, joining forces with a student from our neighbouring Howells School. They can be congratulated on winning the third round on the motion: “Schools should adopt a disciplinary approach to students who bully which prioritises rehabilitation instead of punishment.” They certainly faced some challenging opposition in their rounds.

Last, but certainly not least, Jane, the President of our Debate Club and also for the second year running a member of Team Wales, took part as a member of Team Wales. Team Wales reached the finals, having beaten Team Bangladesh in a previous round. Here they found themselves debating the motion: “This House Regrets the policy of naturalization used by Western States against their nationals in the fight against ISIS”, against the team from Eton. It was a close contest which saw Eton as the overall winners of the competition. Jane can be congratulated not only on reaching the final of such a prestigious international competition, but also for being placed the 7th best speaker overall.