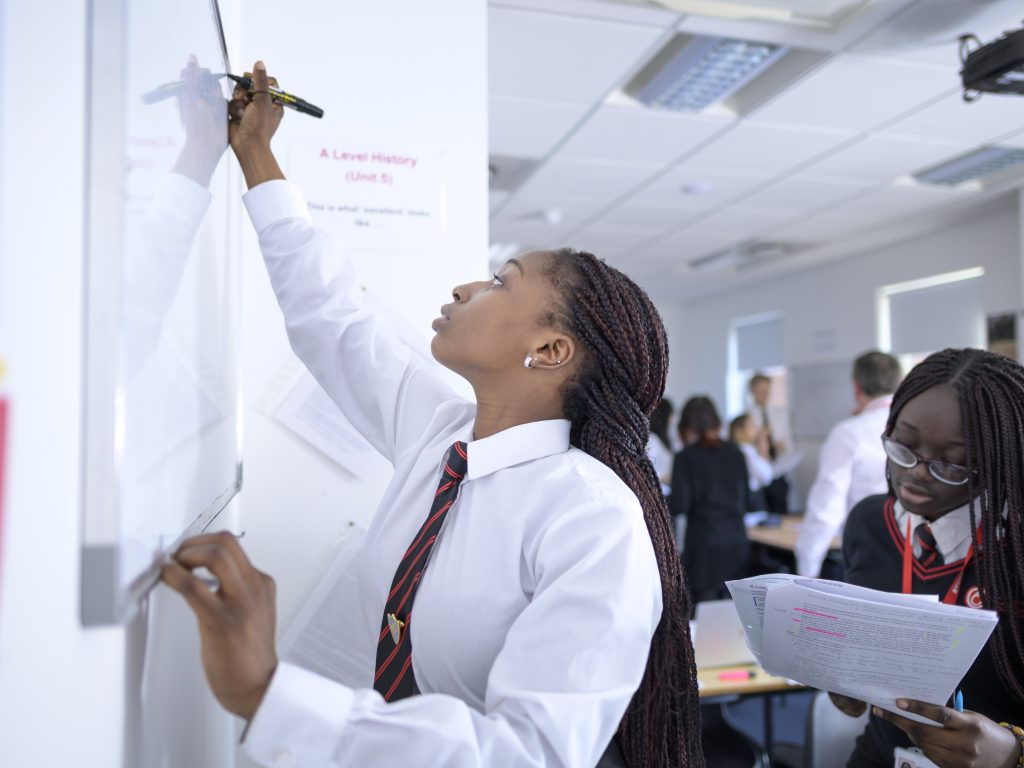 Cardiff Sixth Form College has been awarded the prestigious title of Welsh Independent Secondary School of the Year as revealed in Parent Power, The Sunday Times Schools Guide 2020, which is published this Sunday 24 November 2019.

The College makes its debut to the guide, not only named ‘school of the year’ for the region but also ranking top of the table thanks to 99.2% A-level A*-B grades and 83.9% GCSE A*-A grades this summer.

Alastair McCall, editor of Parent Power, said: “The absence of Cardiff Sixth Form College from the annual Sunday Times rankings has always been something of an anomaly. Long-term outstanding achievement at A-level is backed up this year by strength at GCSE following the introduction of one-year courses at this level, which allow us to include the college in our A-level/GCSE rankings for the first time.

“No sixth formers in the UK achieve more highly than those at Cardiff Sixth Form College, a tribute to both the dedication of the teaching staff and the commitment and the raw talent of the students themselves. The College is head and shoulders above all of its rivals and its appeal to students from across the globe is easy to understand.”

Said Cardiff Sixth Form Principal, Gareth Collier:  We are delighted to have won The Sunday Times Welsh Independent Secondary School of the Year which is a real credit to all the staff and students at the College.  Cardiff Sixth Form College has been the top school in the UK over the past 10 years for academic results and the award was given for exceptional performance across a variety of criteria.  We are fortunate to have excellent staff who work extremely hard to deliver academic excellence, top quality pastoral care and an extensive range of careers-based and extra-curricular activities which have enabled our students to consistently access top universities worldwide.

Parent Power identifies the 2,000 highest-achieving schools in the UK, ranked by their recent examination results.  As well as assessment of all academic results on a school-by-school basis, Parent Power enables parents to compare the performance of a given school with other schools in the same town, local authority or nationally. There are also live links to school websites and schools’ most recent inspection reports.

Parent Power is widely acknowledged as the most authoritative survey of the country’s best schools. The rankings in the secondary school league tables are determined by the percentage of examination entries gaining A* to B grades at A-level this summer (which is given double weighting) and the percentage of entries returning A* and A grades, and those graded 9, 8 and 7, at GCSE and iGCSE. They are published several weeks ahead of the official Government tables for secondary school performance.