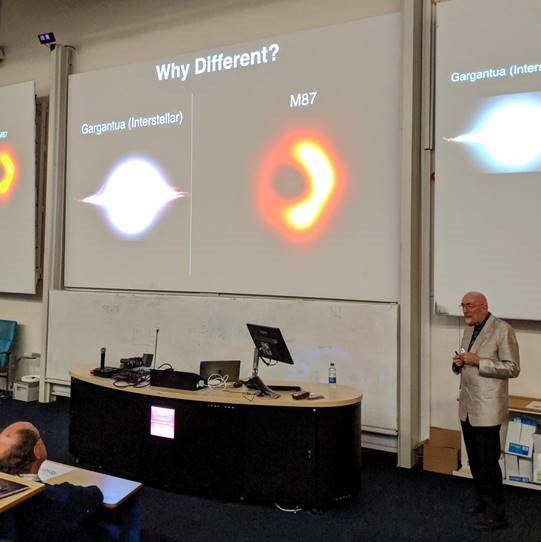 Thirteen students from Cardiff Sixth Form College had the opportunity to attend the most important Physics lecture in the country this year. Kip Thorne, 2017 Physics Nobel laureate and the scientist behind the 2014 blockbuster film “Interstellar”, took his audience in a journey in the worlds of four dimensional cosmology and cinematography at the Julian Hodge Lecture Theatre in Cardiff. Students from AS and A2 witnessed the stages of moving from theoretical models of black holes and wormholes, to 3D computer effects made for Hollywood films. Following the lecture, during enrichment week, the Physics Department has organised a follow up event, where students will have the opportunity to watch the film “Interstellar” and discuss the science and the links to art.