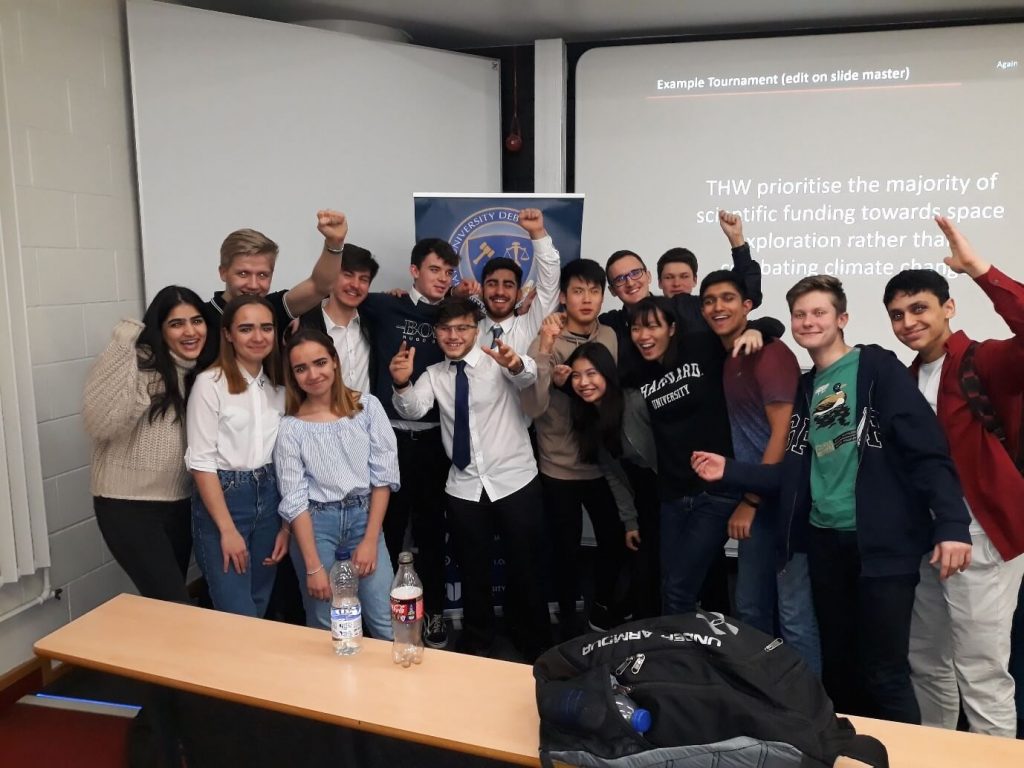 CSFC have now had the final meeting for the debate club and awards were presented to various students for achievements such as Best Debater: Angeline Wang, Most Committed: Aleksandra and Sophia, funniest Quote: Jason Aik and best debate novice: Alan Murithi.

Also there was a fun staff/student debate: “This House as CSFC students would allow students of the same gender to live on the same floor in accommodation.”

In other debating news, CSFC have been to Imperial College where three teams, plus Ziya who was accepted as a trainee judge, took part in this top-class debate which saw over 50 teams taking part. As expected at this level the motions were challenging and thought-provoking on subjects ranging from: “this house would ban the reporting of the identities of anyone involved in an ongoing criminal trial”, “this house prefers a world where all candidates standing for politics are not affiliated to a political party” to “this house supports mummy vlogging”. The students are to be congratulated on their ability to provide convincing arguments either for or against these motions and the articulate way in which they presented their points.

Oxford University Finals Day as also a world class competition with 116 teams competing from as far afield as Canada and Zimbabwe along with those who finished top in their regional round in the UK.  They confidently tackled challenging motions like “this house would ban those who have engaged in terrorism from standing for political positions. Before joining CSFC three out of these four students had never participated in a debate, which makes their success in reaching this level of competition all the more incredible. Arianne, Angeline, Iwan and Alan secured two out of the three places available in the South Wales Round.

Success at Bath as Seven teams plus head boy Elis took Bath University Schools Debating competition by storm in the last debate of the season, achieving all four places in the final. Again, their impressive performance is all the more remarkable, as they had not participated in debating before joining CSFC.

Their accomplished and professional performances are a tribute to the college’s debate club who have mentored them throughout the year. Of particular note is Bertha’s placement as joint best speaker with Elis, with Ahmed and Buraq achieving joint 3rd best speaker.