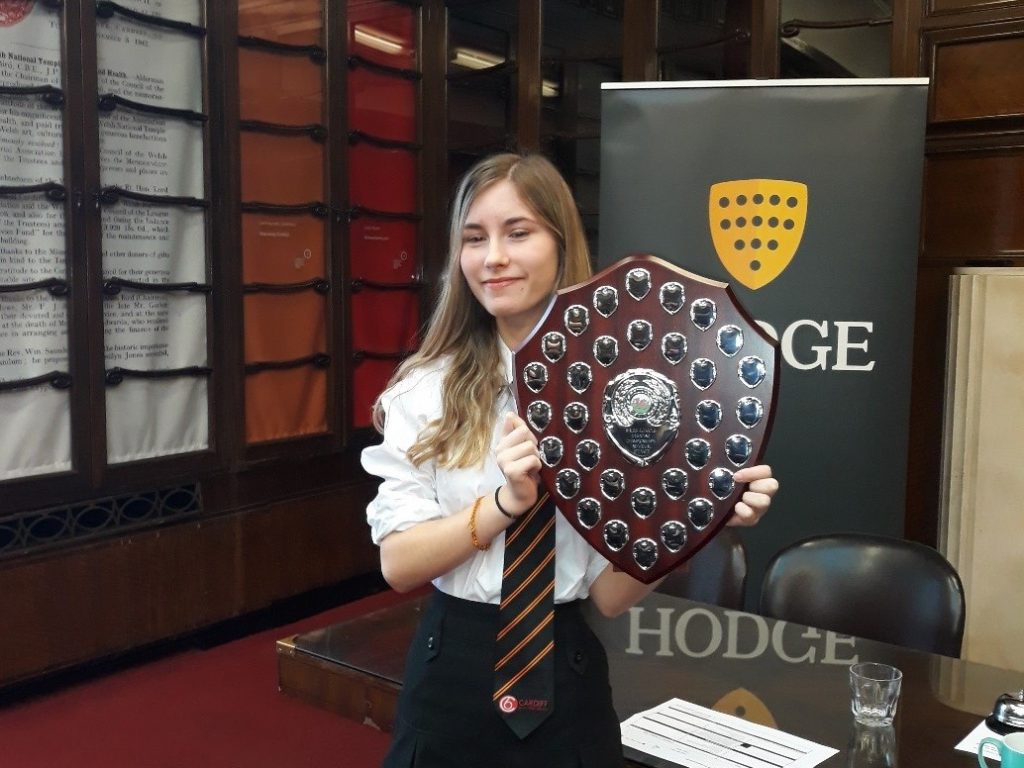 Cardiff Sixth Form College students Tanisha and Danielle were successful in being selected to take part in this year’s Cambridge University Schools Finals Day representing not only our college but the whole of Wales. As this is one of the top debating competitions in the country they faced challenging motions such as: “This House Believes That liberal supreme courts should misinterpret the constitution to advance progressive rights”.   They confidently debated against world class teams such as the three top Canadian teams who took part as well as teams from around the UK.

It was also a very worthwhile journey for James and Amaan who travelled to Newtown in Powys for the Quarter Finals of the Wales Schools team competition.  Their excellent debating skills saw them through to the next stage. In the semi-finals the pairing of James and Head Boy Elis narrowly lost to Howells School in a challenging debate.

Our College once again held the South Wales Regional Round of the prestigious Oxford University Schools Debating Competition.  The Debate Club rose to the challenging request by the organisers on the day to provide three stand in teams to make up numbers in addition to the four entered from our college.

Two teams were selected to go forward to Finals Day at Oxford University:  Angeline Wang and Arianne Banks; Iwan James and Alan Muriithi.  They will certainly have a challenging day ahead of them when they take part.

Milford Haven School are also to be congratulated for achieving the third available place for the finals.

It is also with great pleasure to announce that Arianne has won Wales Schools’ Best Individual Speaker 2019.  The semi-final motion for which she had to present the Proposition’s case was: ‘Assuming the technology was available, this house would allow the sale of personality traits ‘(IQ, musicality, determination).  With the final she was presented with an equally challenging motion: ‘This house believes social deprivation causes crime.” for which she had to present the Opposition’s argument.  Congratulations Arianne, this was a well-earned win.