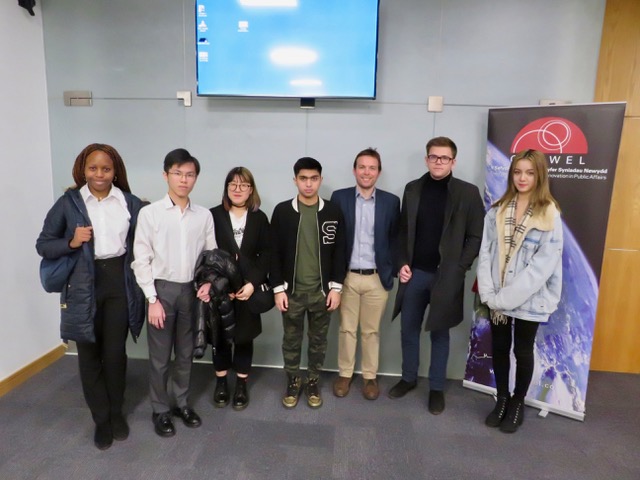 A selection of Government and Politics students attended a talk recently at the National Assembly in Wales on the topic of “Making America Great Again? Assessing the First Year of the Trump Presidency”. The fascinating talk with Ian Stafford (Senior Lecturer in Politics at Cardiff University) covered how Presidents have been evaluated and ranked, the power of the President and relations between the Presidency and Congress and the Judiciary, in addition to US domestic and foreign policy.