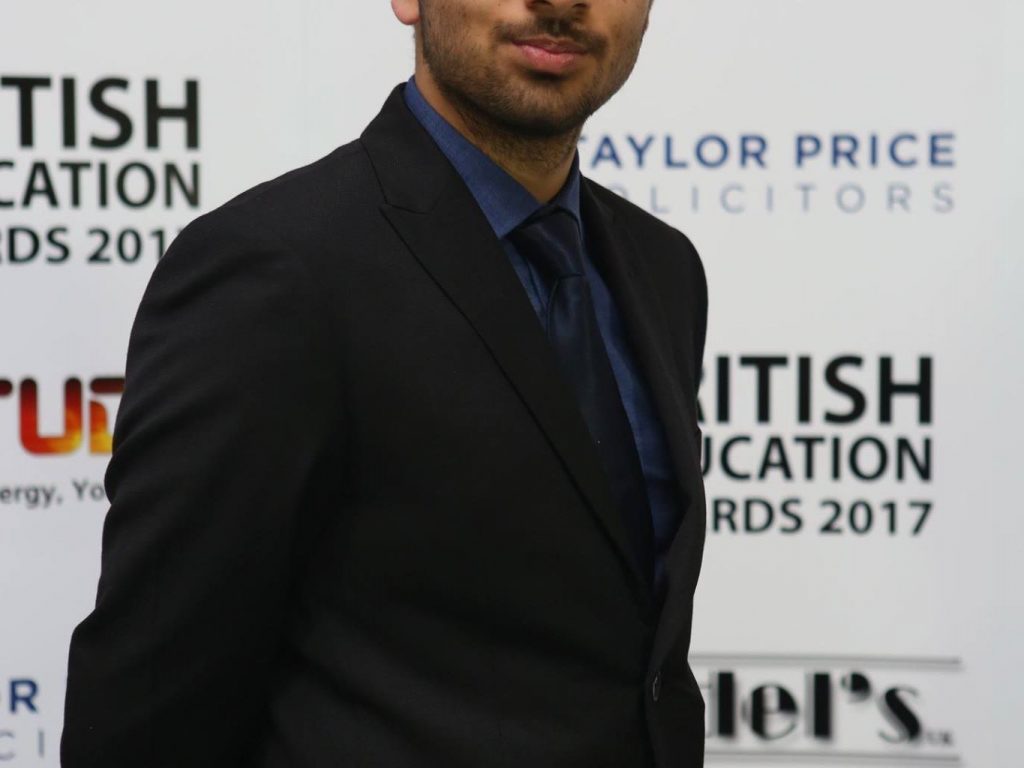 Cardiff Sixth Form College is very proud to announce that one of our students recently represented Wales in the British Education Awards; a national award ceremony that recognises UK students who have excelled within the British education system.

AS-level student, Musiab Bhat was shortlisted for the UK Award because he achieved the highest GCSE grades in Wales for his year group, and undertook A-level Mathematics and Biology earlier than his fellow classmates. He was joined by another finalist from Wales, two English finalists and two Scottish finalists.

In honour of his achievements, Musiab was cordially invited to the British Education Awards Ceremony on Monday 30th January at the Grand Connaught Rooms, central London. Here, young people and their families, teachers, politicians, senior government ministers, professionals and celebrities from throughout the UK came together to celebrate the successes of students shortlisted in the awards.

The overall UK award was given to an English student who, despite being blind, managed to achieve six A* grades at GCSE, in addition to attaining Grade 8 in playing four different instruments.

Speaking of his experience at the event, Musiab said, “It was really interesting because you could see the excellence that Britain has when it comes to education. Exam results and academia weren’t the only factors considered; a lot of the shortlisted individuals had helped their communities a great deal, and a number of them were multi-talented.”

On behalf of all staff and students at CSFC, we would like to congratulate Musiab on his tremendous achievement in being shortlisted for the British Education Awards!