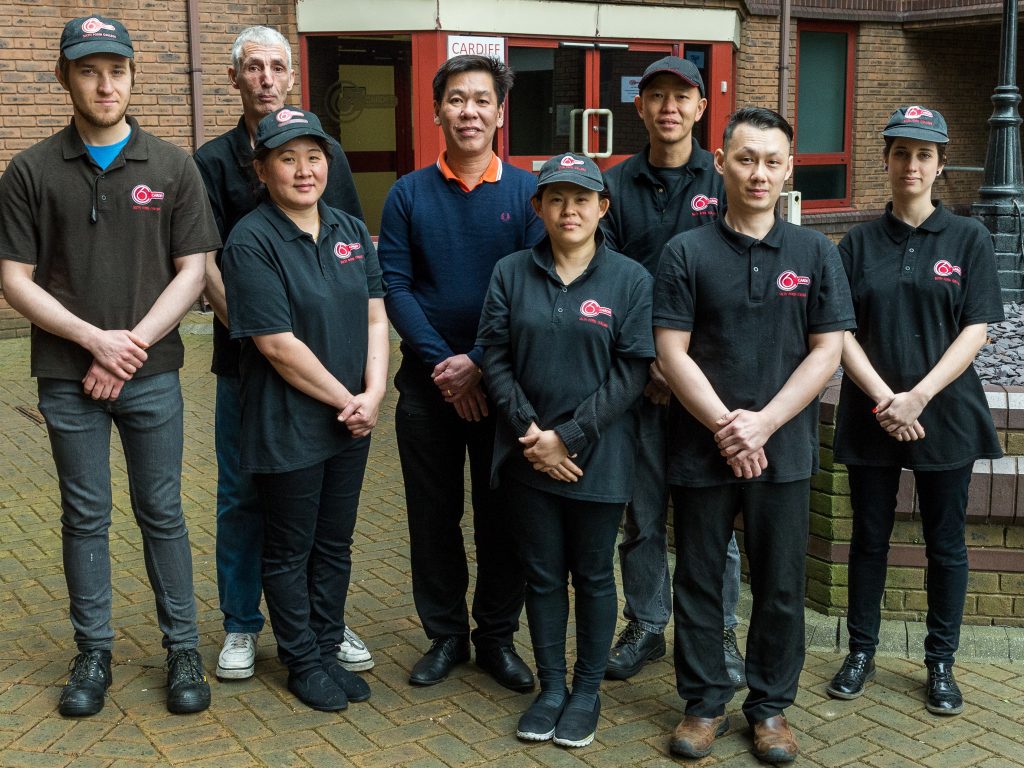 Cardiff Sixth Form College is thrilled to announce that its in-house canteen team was recently recognised in the South Wales Echo Food and Drink Awards 2016-17.

Established over 15 years ago, the South Wales Echo Food and Drink Awards are at the centre of culinary excellence in South Wales and are dished out to restaurants, cafés, bars and independent producers, as voted for by newspaper readers. This year, the awards received over 144 nominations and over 45 entries, spanning 11 different categories.

Owned by CSFC Canteen Manager, Mr. Eric Lee, The Crispy Duck restaurant on Whitchurch Road, Cardiff specialises in Chinese, Japanese, Thai and Malaysian cuisine to offer a pan-Asian menu to suit all tastes. The restaurant was voted Top Oriental Restaurant in South Wales because of its excellent service, the quality of food, big portion sizes and impeccable presentation standards.

Born in Malaysia, Mr. Lee has worked in catering since he left school at the age of 16. He worked in Singapore at first, before moving to the UK when he was around 30 to open a restaurant business. In planning his restaurant and canteen menus, Mr. Lee explains that he draws from his culinary experiences in different countries throughout the world:

“Most of the concepts are taken from other countries I have personally visited, like America and Japan. You can learn a lot about food when visiting America, because the country is home to many different cuisines, all of which have their own ways of doing things. It’s good to be able to understand the different kinds of food available around the world.”

When they’re not feeding guests at The Crispy Duck, the restaurant team are serving staff and students at Cardiff Sixth Form College for breakfast, lunch and dinner. The canteen employs different chefs including an Indian chef, a Chinese chef, a Japanese chef and a British chef, allowing the team to provide a range of authentic cuisines.

Served from 7.30am until 9.30am, breakfast choices include cereals, toast, fruit, yoghurt, and a traditional Full English breakfast of sausages, egg, beans, tomatoes, mushrooms and hash browns. From 12-2pm, the canteen serves a hot lunch which usually includes a British option, a pan-Asian option, a vegetarian option and a variety of sandwiches, while dinner is served from 5-7pm and follows a similar approach, with the added bonus of dessert. All meat is Halal-certified.

On behalf of all staff and students at CSFC, we would like to congratulate our canteen team on this tremendous achievement.