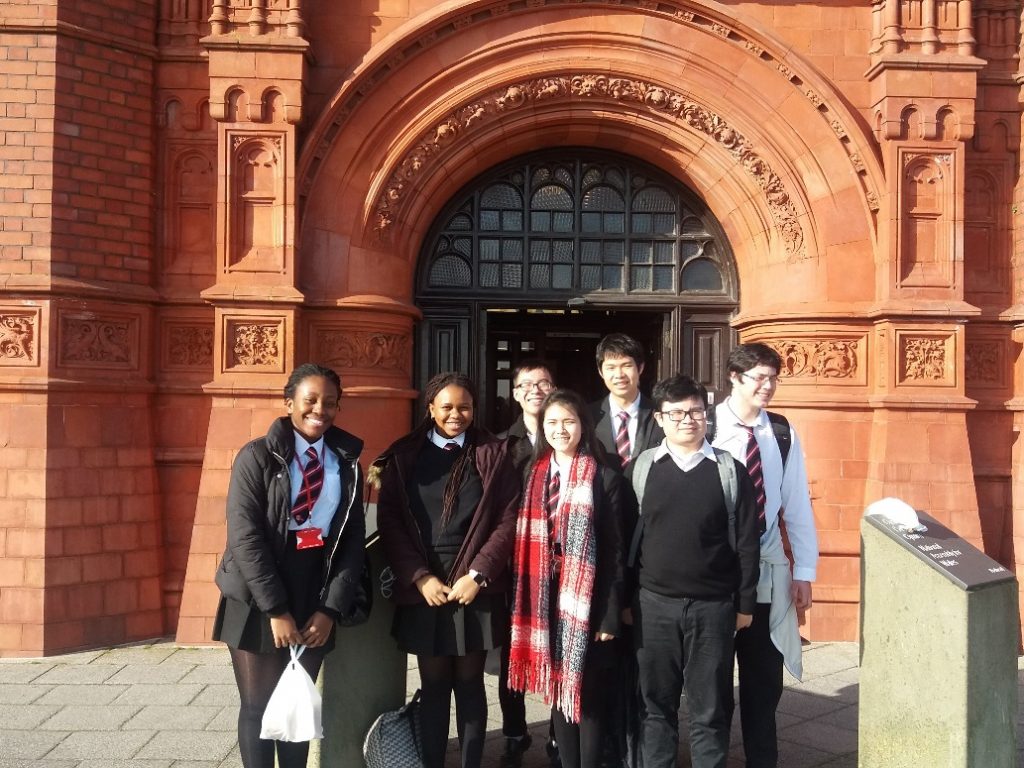 This week, seven students took part in the European Youth Parliament at the iconic Pierhead Building of the National Assembly for Wales in Cardiff Bay, acting as the Committee for Constitutional Affairs.

Since it was established in 1987, the European Youth Parliament has encouraged young people to take an active interest in political affairs by including them in European political matters and supporting intercultural understanding.

The day began with a nerve-wracking icebreaker session, which Maxwell Chan told us made him feel more awkward then he did before the day had even started. Nevertheless, he later went on to confidently deliver the proposal speech for the Committee’s motion on ‘Autonomous Regional Desires’.

Four motions were discussed in total throughout the day including the EU’s relationship with the new American administration (to which Alex Frapin and Tri Tu made some lively contributions), human rights in relation to safeguarding minority groups, and supporting people with mental health problems.

Quinn Liang was praised for her excellent summation speech, whilst the whole group were commended for their extensive research and their understanding of economic consequences.

The day ended with a debate in the French language on an educational motion. Congratulations are in order for Alex Frapin, who volunteered to make the opposition speech in French.  Following this, students were invited to contribute in any language of their choice and when Mark Sriskulpinyo spoke in his native Thai, he was astounded to discover that there was another Thai speaker in the audience!

The entire team deserve to be recognised for their participation in the debates at the European Youth Parliament, with excellent questions and constructive comments contributed all-round.

Picture opposite shows the CSFC team standing outside the Pierhead Building in Cardiff Bay.