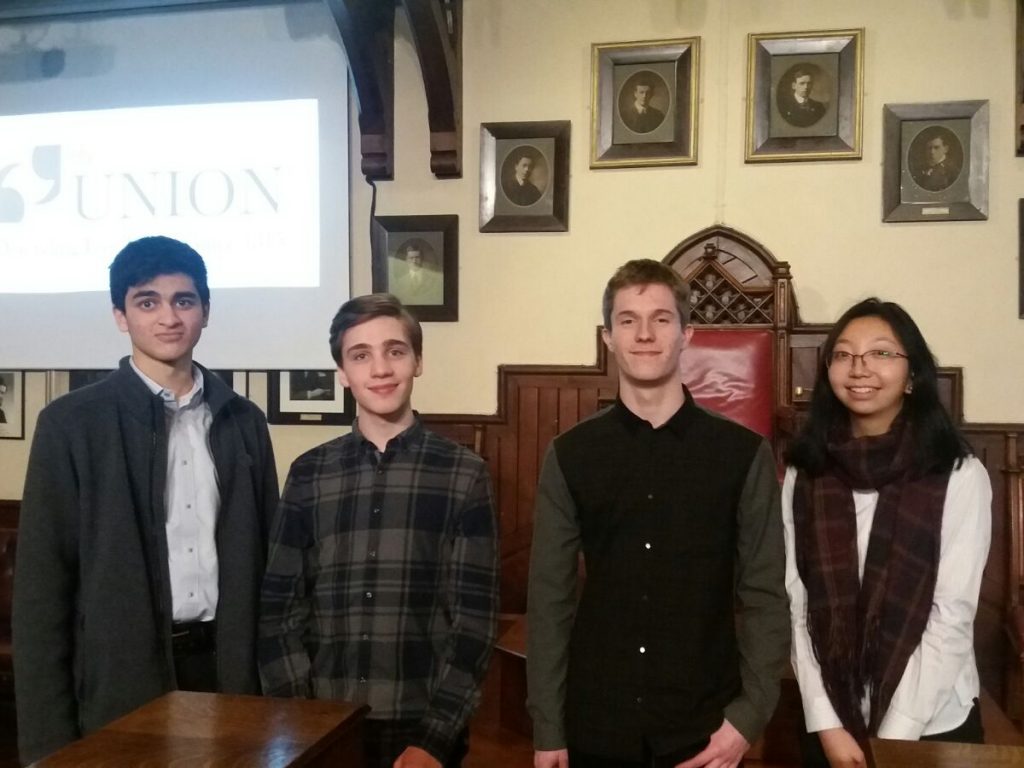 On Friday 17th February, the two teams that won the South Wales round of the Cambridge Schools’ Debating Competition, including Timothy Tempus and Ashvin Arulnathan, and Elliott Macneil and Ines Chu, travelled to the University of Cambridge to take part in Finals Day.

On the Friday night, the students enjoyed taking part in a quiz with other teams from as far afield as Canada, Malaysia, Indonesia and Hong Kong as well as those from nearer home, in Ireland and Scotland.  This provided an excellent opportunity to socialise with their competitors.

Speaking about the competition, Ines Chu told us, “It was amazing seeing what can be done with debate at this level”.

Meanwhile, Ashvin Arulnathan said, “This was truly inspirational. I learnt so much from it, hearing so many excellent speakers presenting challenging points of view that were so logically argued.”

Both teams are to be congratulated on their excellent debating skills, with one team securing first place in two of the rounds and the other team achieving first place in one round and second place in another. In one of the rounds, our students came second to the overall winners, Canada and Timothy and Ashvin were placed 14th out of 54 teams. Well done to our students for their efforts, and congratulations to Canada on their success in winning the Cambridge Schools’ Debating Competition for 2017.