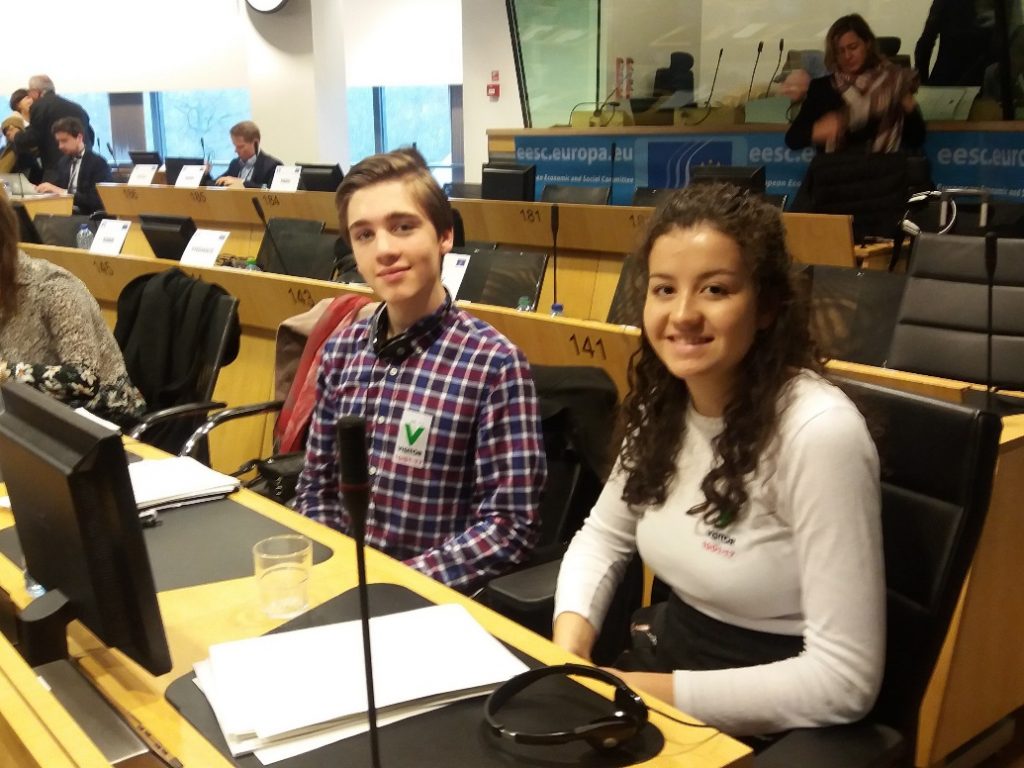 At the invitation of the Welsh Centre for International Affairs and Mr Tom Jones, Vice President of the Wales Council for Voluntary Action and member of the European Economic and Social Committee, students Isabel Jones and Timothy Tempus, accompanied by teacher Mrs Clements, visited the European Parliament in Brussels on Tuesday 10th January.

The visit was organised by Miss Ffion Jones from the Welsh Centre for International Affairs, following CSFC’s success at winning the Wales Schools Debating Championship.  This was an exceptional opportunity to see the European Parliament working at first-hand, and both Timothy and Isabal found the trip to be very insightful.

Picture opposite shows Timothy and Isabel at the European Parliament in Brussels.