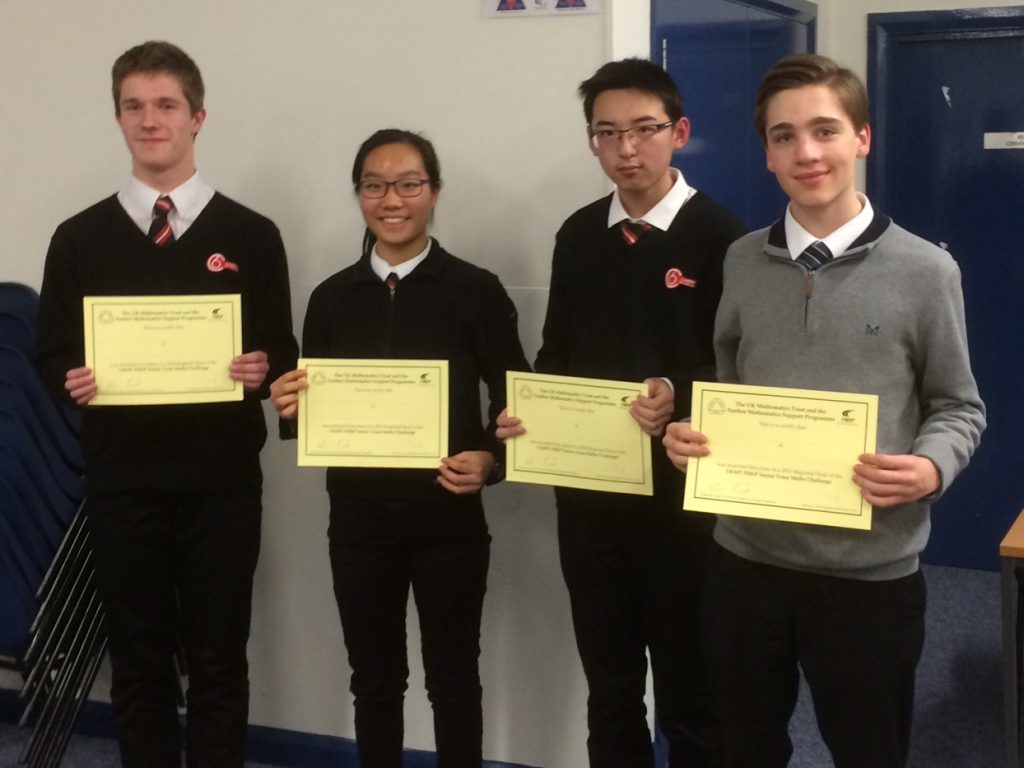 Jointly organised by the United Kingdom Mathematics Trusts and the Further Maths Support Programme, the STMC is an annual competition that challenges mathematical, communication and teamwork skills, and students compete against teams from other schools and colleges from their region.

Each school/college can enter a team of four pupils for the Regional Finals, which take place in England, Wales, Scotland and Northern Ireland throughout November and December.

There are ten questions which the teams have around 40 minutes to solve. Teams must decide their own strategy: work in pairs, as a group or individually.

Similar to a crossword but with numerical answers. Teams work in pairs. One pair has the across clues, and the other pair has the down clues. Pairs work independently to complete the grid using logic and deduction.

Teams compete against the clock to correctly answer a series of four questions. Each team is divided into Pair A (given Questions 1 and 3) and Pair B (given Questions 2 and 4). Question 1 can be solved independently of the others, but the answer to each subsequent question is dependent on the previous answer, referred to as T in Questions 2, 3 and 4 (e.g. “T is the number that you will receive.“).

Teams are sent information in advance of the event about a topic for research and investigation. At the Final, teams make a poster incorporating materials that they have prepared while addressing related questions given out on the day. Topics in previous years have included ruled surfaces and spherical geometry.

Following their success in Swansea, these students will now go forward to compete in the STMC National Final on Tuesday 7th February 2017, at the Royal Horticultural Halls in Westminster, London. Well done to the team for winning the Regional Final – and good luck for the final round!