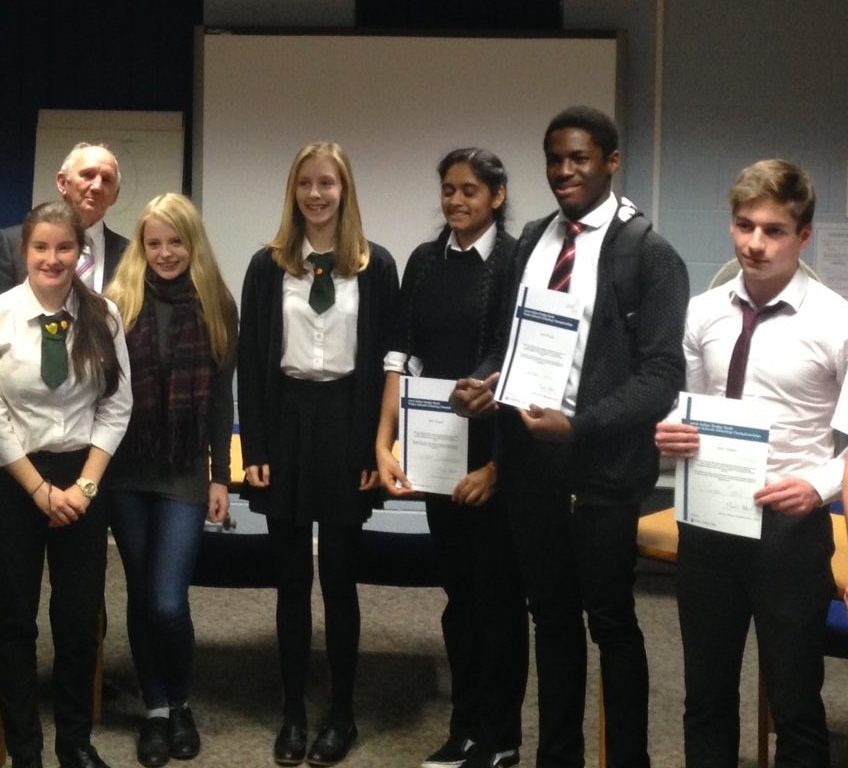 On Wednesday 16th November Havi Sabnigirivasan and Oduanayo Salu travelled to Newtown in Mid Wales for the Quarter and Semi finals of the Wales School Debating Championship having previously won the South Wales regional round.

Sponsored by Julian Hodge Bank, the annual Wales School Debating Championship takes place from October to November and is open to every secondary school and college in Wales. Over 60 teams participate each year.

The initial stage of the competition is divided into 8 regional rounds (with one winning team selected from each region), which are followed by the national quarter-finals and semi-finals, and the final which will be held in Cardiff on Thursday 1st December.

In the morning session of the quarter-final and semi-final day, our CSFC representatives successfully debated the motion “This House would withdraw overseas aid from countries that do not improve human rights” against Coleg Cambria, to win a place in the semi- finals in the afternoon.

Their motion for the semi-finals, for which they had one hour to prepare, was “This House would ban international adoptions”.  Their excellent debating skills and passionate presentation of this motion resulted in a lively and informative debate against Ysgol Dyffryn Aman and another successful win to take them through to the finals along with Llandrindod High School.

Cardiff Sixth Form College will debate in the finals at the Temple of Peace in Cardiff on 1st December.  Well done to both Havi and Oduanayo, especially as they are the first team from the College who have reached the finals of this competition.