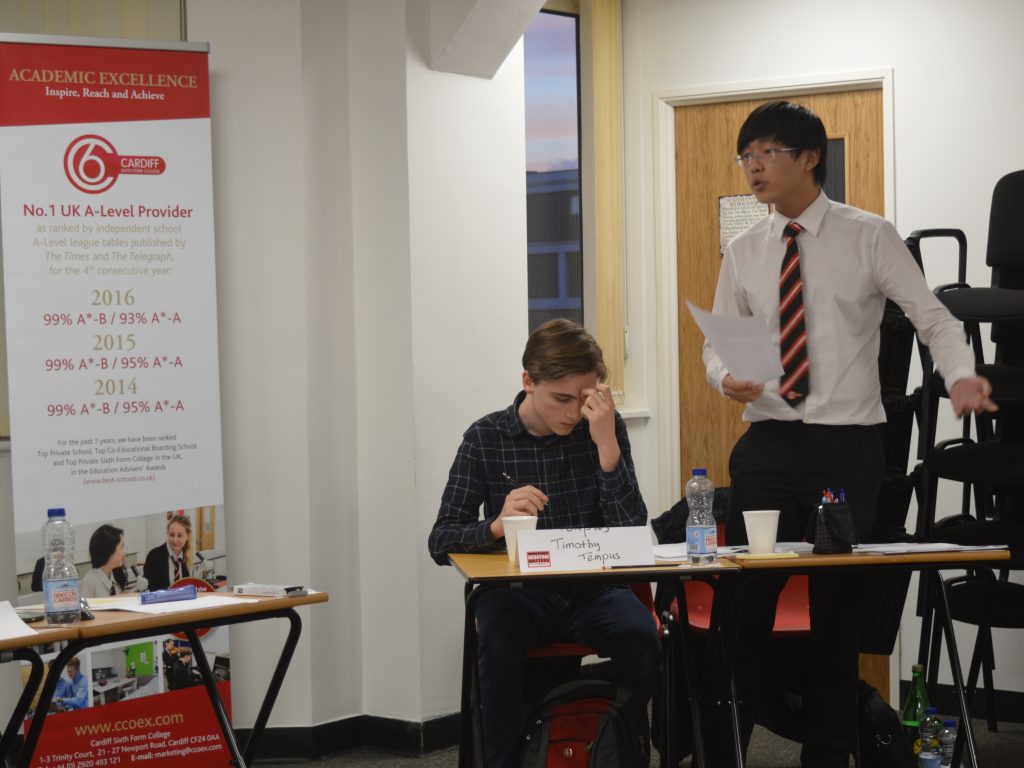 Originally launched in 2003-2004, Debating Matters gives students from all backgrounds the option to engage in challenging, topical debates, including schools with a long tradition of debating, and those with no experience at all.

This particular debate focused on whether we should accept the risk inherent in contact sports, with Horace Chik and Timothy Tempus from Cardiff Sixth Form College putting forward the proposition argument, in response to the opposition argument from Ysgol Gyfun Plasmawr.

Horace and Timothy delivered a clear, strong argument in favour of contact sports, which was met with an equally convincing case from Ysgol Gyfun Plasmawr.

After a short break, the judges announced that they had reached a split decision, with Ysgol Gyfun Plasmawr taking the lead by just a few points.  Once qualifying rounds have taken place throughout the country, the successful schools/college will go forward to compete in the Regional Finals in Spring 2017.

Good luck to the Debating Club at their next debate in Birmingham this Saturday 12th November!