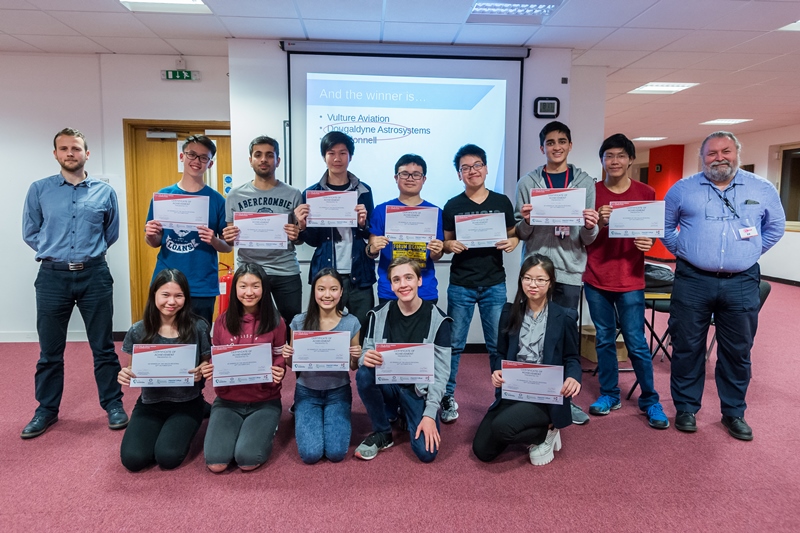 This is now the sixth year that the college has taken part in this prestigious contest, which sees students from around the world compete to design a colony capable of supporting human life in space.

The first stage of the UKSDC is the inter-school contests, which are held in order to decide which schools will compete in the regional heats, and which students will represent each school. The inter-school contests are followed by regional heats and finals in each country, with the winning teams going forward to compete in NASA’s International Space Settlement Design Competition (ISSDC) at the Kennedy Space Center in Florida, USA in August 2017. To date, students from Cardiff Sixth Form College have formed part of the winning team in Florida for six consecutive years.

The Welsh heats of the UKSDC began promptly at 8am, when AS-Level students participating in the competition received a warm welcome and were introduced to the ‘CEOs’ from Imperial College London who would be leading each team of 12 students (known as ‘companies’). The students were given RFPs (Requests for Proposals) from their respective CEOS, informing them of the criteria that their colonies had to meet. Each company then proceeded to select their leaders or ‘officers’; each team elected a CEO, President, Vice President and Head of Department.

Following the briefing and role allocation process, the companies attended four different workshops covering humanities, operations, structure and automation, each of which lasted for around an hour. These sessions provided the students with useful information in order to assist them in preparing their proposals.

The companies were then given time to work on their design proposals, before sitting down to enjoy dinner together.

After dinner, the companies submitted their finished design proposals to the Foundation Society and presented their designs. Each team was given 25 minutes for their presentation, in addition to five minutes for questions from the CEOs.

A big well done to all students involved, and best of luck to you all for the UKSDC Finals at Imperial College London on 18-19 March, 2017!