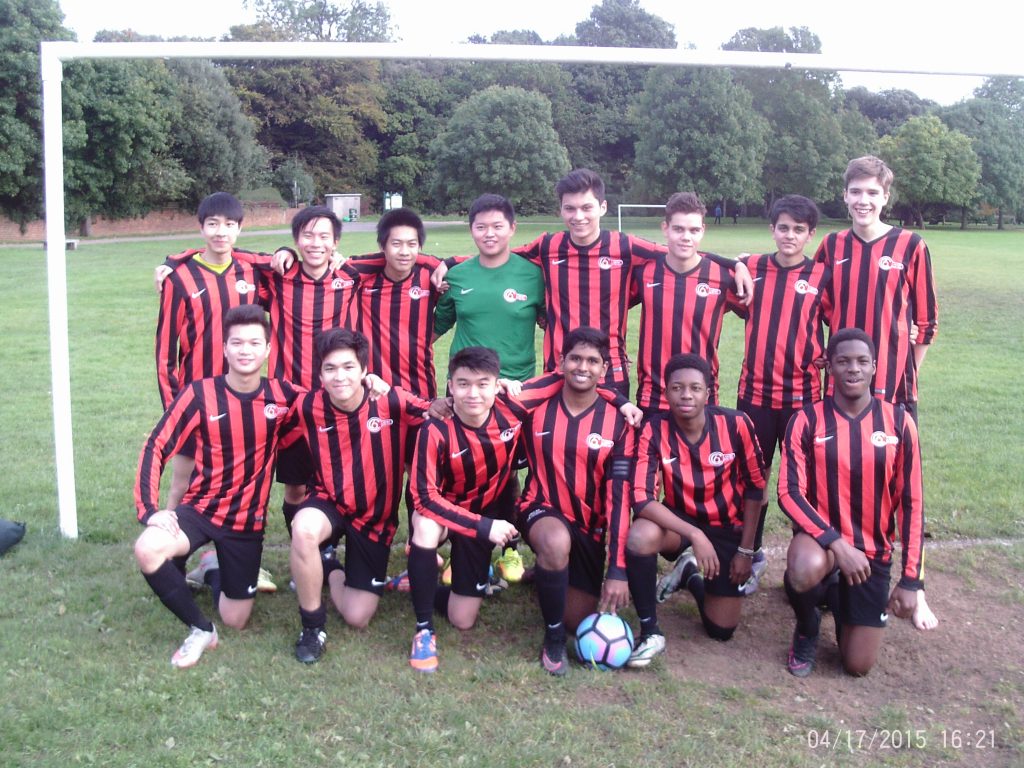 If you read our recent blog post about Cardiff Sixth Form College’s football match against Llandovery College, you may be interested to know that we’ve held a re-match. Here are the match highlights, according to our Graduate Residential Assistant, Craig Meikle:

“The second fixture of Cardiff Sixth Form College’s season saw a highly anticipated rematch against Llandovery College on Monday 11th October, which took place on the Blackweir Pitches, Cardiff and was the first home game of the season. After a tough defeat in the first match, the boys were eager to put in a good performance.

The first half saw a strong start with the boys dominating possession, pressing forward well, and showing some good passing exchanges that stretched the play across the full width of the pitch. After a period of good pressure, a goal was well taken by Victor Ma, poking the ball past the goalkeeper at the near post after making a great run. The defence dealt well with the few Llandovery attacks during the first half and worked well as a back four. The pressure was kept on Llandovery for the remainder of the second half, and the boys were unlucky not to add to their first half score, ultimately going into the half time break 1-0 up.

The second half began with an immediate equaliser from Llandovery through a brief lapse in communication, but the boys showed good mental strength and didn’t let this affect their performance, regrouping to score two well taken goals from Matthew Wainwright. Llandovery then scored a second goal to bring the score to 3-2, but again the boys rallied again well and were awarded a penalty. This was converted by Matthew Wainwright to complete his hat-trick, after a good period of sustained pressure. The boys then conceded a third goal which led to a final frantic ten minutes, but the boys dealt well with the pressure from Llandovery. Alex Wong put in a string of great saves, helpinh the boys to emerge with a 4-3 victory after a well-fought match.

Throughout the match, the boys communicated very well and, for the majority of the match, held their formation well. The level of physicality was vastly improved from the previous match. They showed great resolve under increasing pressure from Llandovery in the closing moments of the match, and showed great team spirit throughout the game. The victory was well deserved and the boys can be extremely proud of the way they played and the way they represented the school.”