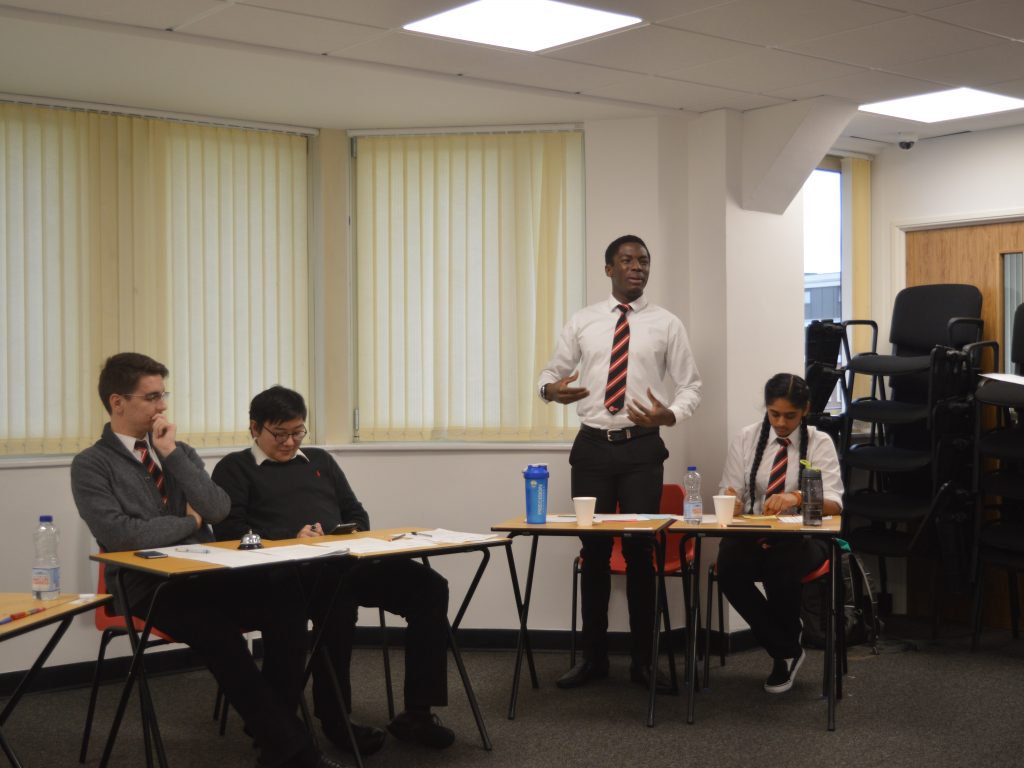 On Wednesday 19th October, Cardiff Sixth Form College played host to the South Wales regional rounds of the 2016 Wales Schools Debating Championships. Sponsored by Julian Hodge Bank, this annual tournament takes place from October to November and is open to every secondary school and college in Wales.

Throughout the day, the schools went head-to-head in four debates on key current topics including Britain’s membership of the EU and additional benefits for families on welfare according to their child’s performance in school.

Our college was only due to participate in this one debate, but as one school was unable to attend on the day, Howell’s School were left with no team to debate against. Rather than see them lose out on their chance to be involved, in true CSFC style, Elliott Macneil and Valentyna Chernova volunteered to prepare a debate and go head-to-head against Howell’s School.

Despite having only one hour to prepare a debate against the idea of removing all tuition fees for undergraduate degrees, Elliott and Valentyna put forward a sterling case and the judges commented that theirs was the best summation speech they had ever heard.

We are delighted to announce that we won the overall event, and we will now go through to the next round of the Wales Schools Debating Championships, which will take place in Newtown on 16th November 2016.

Well done to Odu, Havi, Elliott, Valentyna, Gordon and Maksim – and good luck for the next round in Newtown!