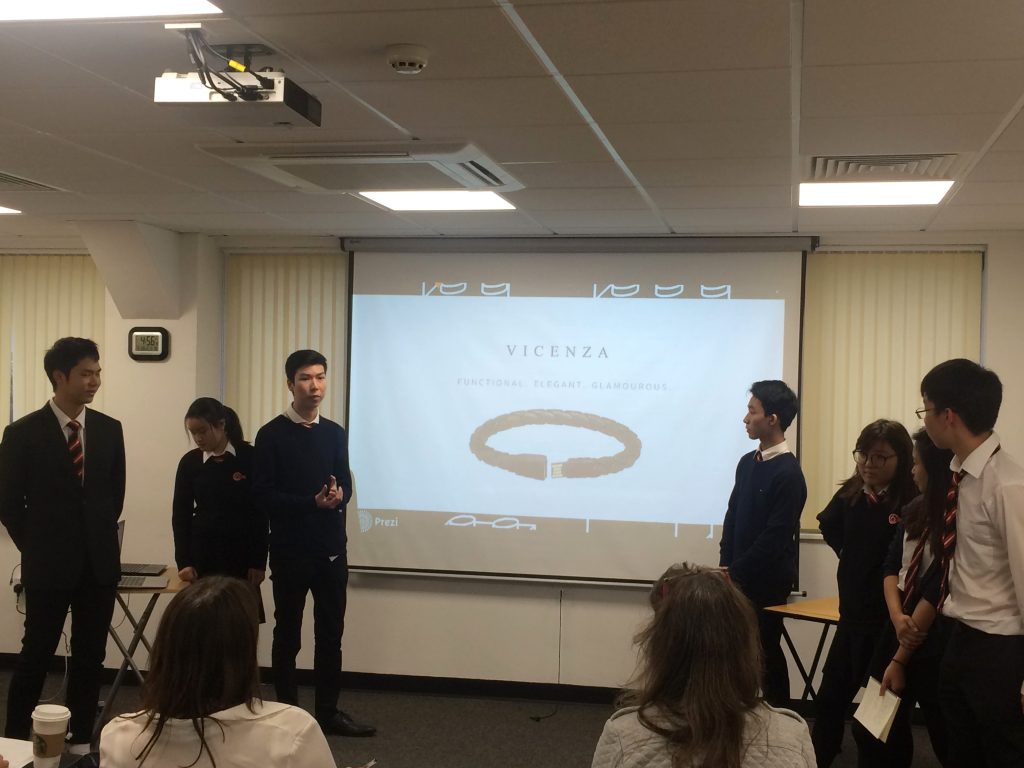 Students from Cardiff Sixth Form College recently delivered a series of ‘Dragon’s Den’-style presentations, in a bid to be selected to compete in the Tycoon in Schools competition run by the Peter Jones Foundation, alongside hundreds of students from other UK schools.

The nationwide contest gives students the opportunity to turn their business ideas into reality and win £1,000 prize money, in addition to teaching them transferable skills that have practical implications in the real world such as financial management, business planning and entrepreneurship.

The presentations were all of a high standard, and it was a challenge for the judges to decide which teams should go through to the next round.

Although the judges recognised that team 9588’s proposal for a suction cap drinks bottle was an excellent idea, it was rejected because it would be challenging to develop within the timescales of the competition. In addition, Kaleidoscope’s idea of themed smartphone cases was unsuccessful because these kind of items already exist widely, so the idea wasn’t original enough. Finally, the judges turned down Diet’s idea of overnight oats because it was reliant on the students obtaining consent to sell the products outside the gym, which may not have been granted.

If our four teams’ business plans are approved by Tycoon in Schools, each team will receive business loans of £1,000 to use in implementing their business ideas. Trading will begin on 31st October, and will run until the end of term in December. The overall winning team will be judged on the basis of performance in areas such as financial management, achievements and total profit.

Well done to all of the students for all their hard work so far, and good luck to the four teams that have been chosen to go through to the next round!