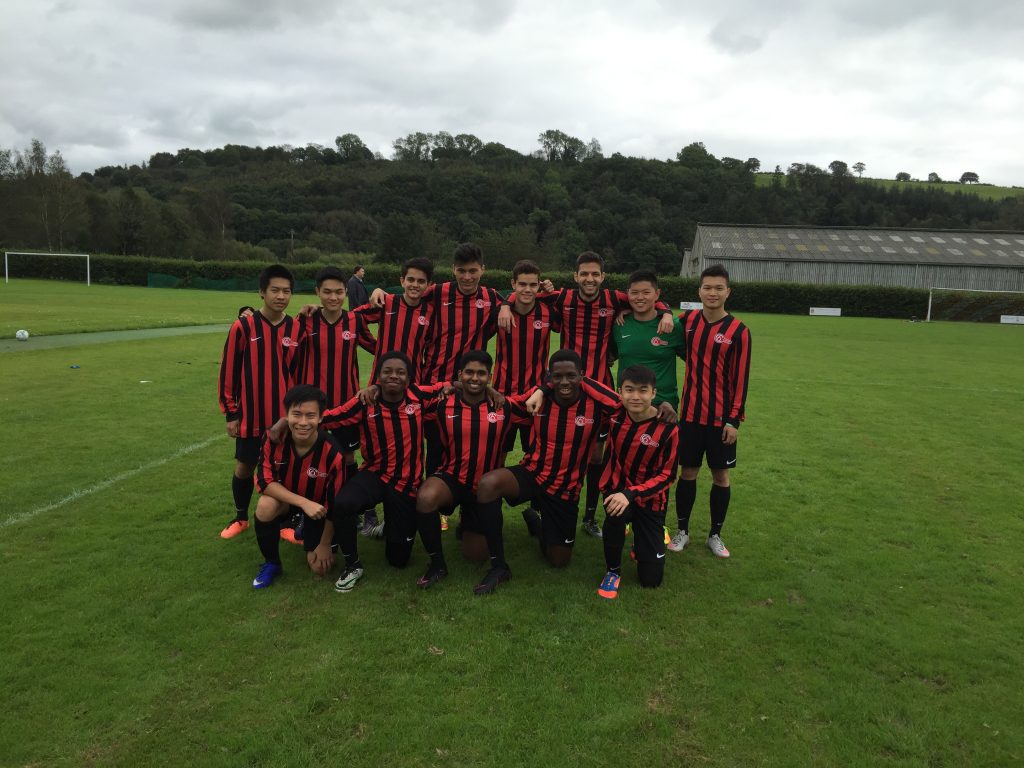 Earlier this week, Cardiff Sixth Form College played its first football game of the season, away at Llandovery College. Our Graduate Residential Assistant, Craig Meikle tell us all about the match highlights:

“The first game of the season for Cardiff Sixth Form College was away against Llandovery College, played across three 27-minute thirds. After two defeats in the previous year, the boys were keen to put in a good performance.

In fair conditions, the boys put in a fantastic 1st third performance, with goals coming in the form of a well-taken hat trick for Matthew Wainwright and a goal for Phavindra Pillai. The defence communicated well, whilst holding their shape, and goalkeeper, Alex Wong, made a fantastic save. The midfield pairing of Ibrahim Usman and Johnny Ho worked very well, with the duo dominating the midfield for the first third and doing a great job of controlling possession well. Attackers and wingers were clinical, penetrating Llandovery’s defence in the 1st third. The goals scored were well-created, the passing was of a high standard and the ball was moved quickly and effectively around the pitch.

The 2nd third brought about large-scale changes for Llandovery, bringing on a much stronger XI. The boys fought hard against a well organised and much more physical Llandovery, ultimately conceding four goals in the 2nd third. There were drops in communication and at times, the overall shape was lost, but a solid performance nonetheless was put in by the boys in the 2nd third.

The final third showed glimpses of the form shown in the first third. However, partly due to a lack of substitutes and training sessions, fatigue crept into the game for Cardiff and two more goals were conceded. However, there were many positives to take from the final third and some good chances were created. The defence also dealt well with a number of attacks by Llandovery.

Throughout the match, the boys played extremely well as a team, showing team chemistry and great support for each other. Communication between the team was great for the majority of the match, and the shape held by the team was outstanding throughout, especially considering that this was the boys’ first chance to play as an XI. The fantastic effort put in by all of the team was clear to see at the final whistle. The final score was 6-4, to Llandovery.

The boys represented Cardiff Sixth Form College extremely well and should be very proud of their performance.”