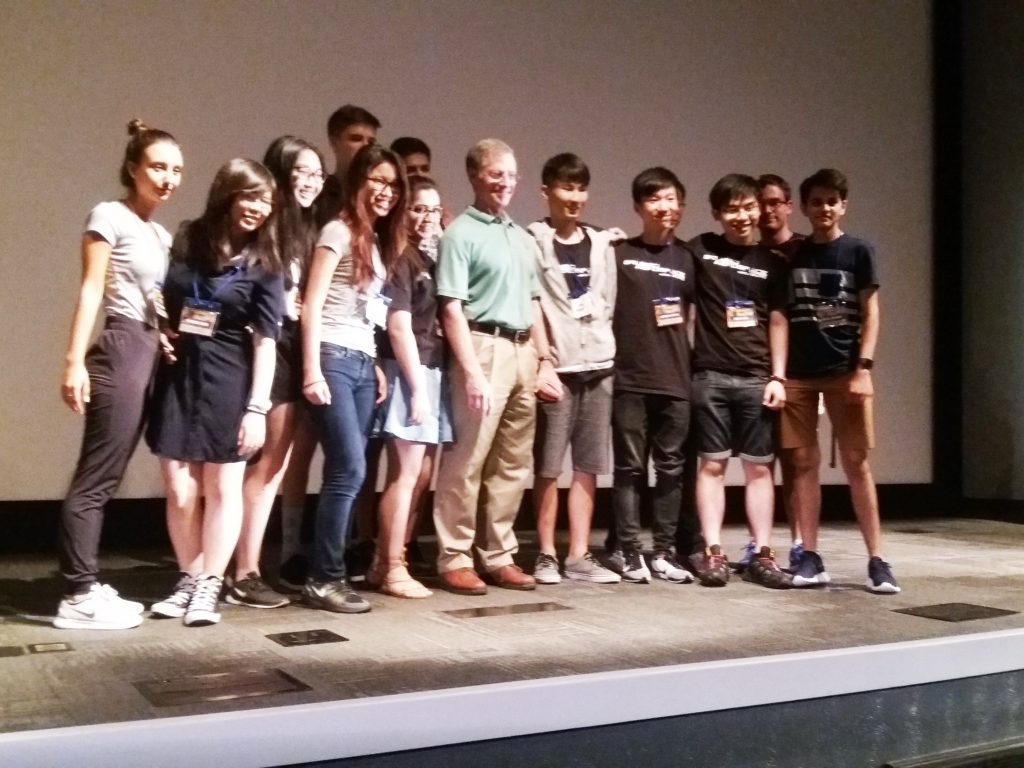 Over 200 students from around the world took part in the finals, having earned the privilege by winning a semi-final competition in their respective country or preparing the four best proposals submitted for the Qualifying Round.

Over three days our students formed part of an aerospace industry proposal team with students from India, Europe, Uruguay and the US, with the brief of designing a space settlement on Mars for over 10,000 people for the year 2085.

This exacting competition saw all participants meeting high standards; integrating their knowledge of, and utilizing their skills in, space science, writing, speaking, art and common sense.

During the course of the competition they had the opportunity to meet astronaut, Chris Ferguson (pictured to the left with students), who flew the Atlantis Space Shuttle, as well as experiencing first-hand the facilities of the Kennedy Space Centre.

Congratulations must be given to Karen Soh, who achieved ‘Best Female Speaker’ for her presentation, and also to Calum Wincott, who along with Karen showed just what Cardiff Sixth Form College students are made of, when they stepped in at the very last minute to take over the on-stage presentation for their company.  Their success in the college’s debating teams this year obviously prepared them for this unrehearsed task!

After a physically and mentally exhausting three days of competition, our students had the opportunity to enjoy the rides at the Universal Studios theme park before returning home.

A big well done to the 12 students who took part in the competition!