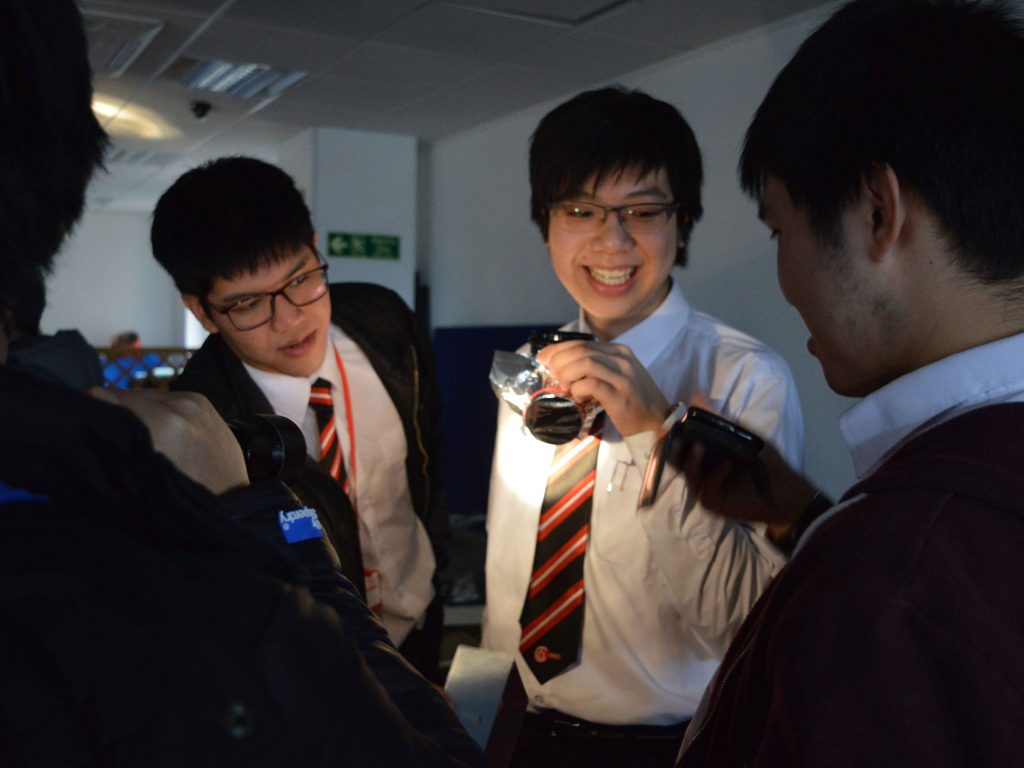 Students at Cardiff Sixth Form College have been given the opportunity to speak through light beams in an experiment previously set as one of the challenges on the popular BBC2/Open University TV series, Rough Science.

The process attempts to ‘put a voice on a light beam’ and transmit it across a distance – a fascinating example of amplitude modulation of light using sound vibrations. Bright sunlight is modulated to carry voice information and then sent over a distance. The modulated light is then detected and demodulated in a receiver, producing an audible sound.

The below diagram demonstrates how the light beam transmitter works:

The light strikes an aluminium foil ‘diaphragm’ (or mirror) covering the end of a tube. Normally the light would hit the foil and reflect off at an angle, but if you speak into the tube, the amplitude and frequency of the foil diaphragm vibrations cause the angle to change constantly.

If we set up a light detector to receive some of this modulated light, its electrical output will vary due to the amplitude modulation. When amplified and sent to a speaker, we can hear the original sound once again.

For more information about the experiment, please visit www.creative-science.org.uk.