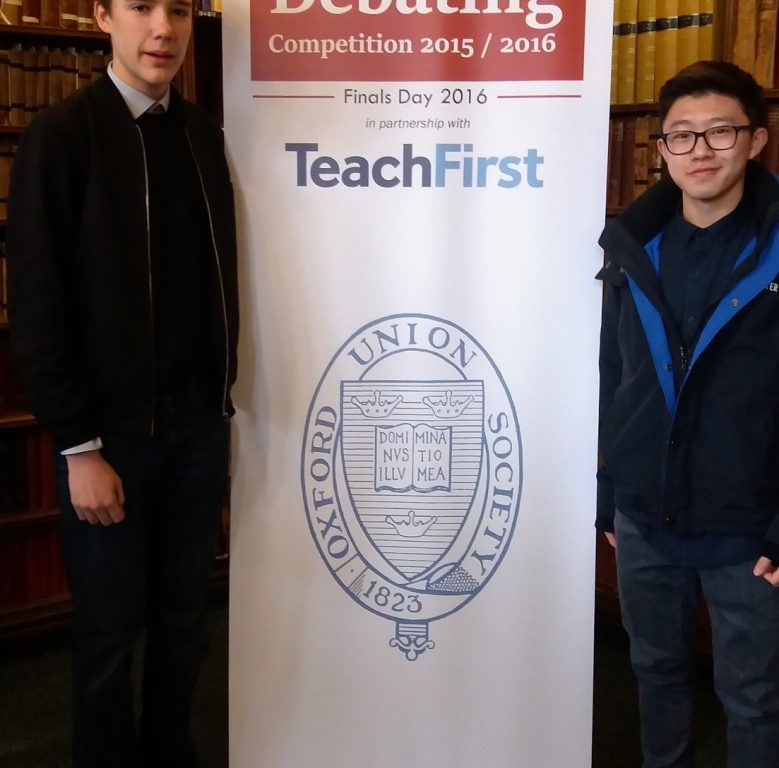 CSFC Debating Society has reached the finals of the Oxford Union Schools’ Debating Competition for the first time ever.

On Saturday 12th March, Calum Wincott and Austin Tang took part in the finals of the debate, held at the Oxford Union building.

Here, they experienced debating at the highest level – the ‘Premier League’ of debating – entering into combat with teams not only from the UK, but also from as far afield as Hong Kong, Canada and the Netherlands.

In the setting of prestigious venues such as the Old Library, the students undertook debates on such topics as whether oil and gas companies should be made to cover the cost of public policies to combat climate change, demanding the highest level of thinking skills.

Over one thousand schools and colleges took part in the initial rounds of this competition, only 100 of which will go on to secure a place in the finals.

We would like to congratulate Calum and Austin for their performances; they were a credit both to themselves and to our College!