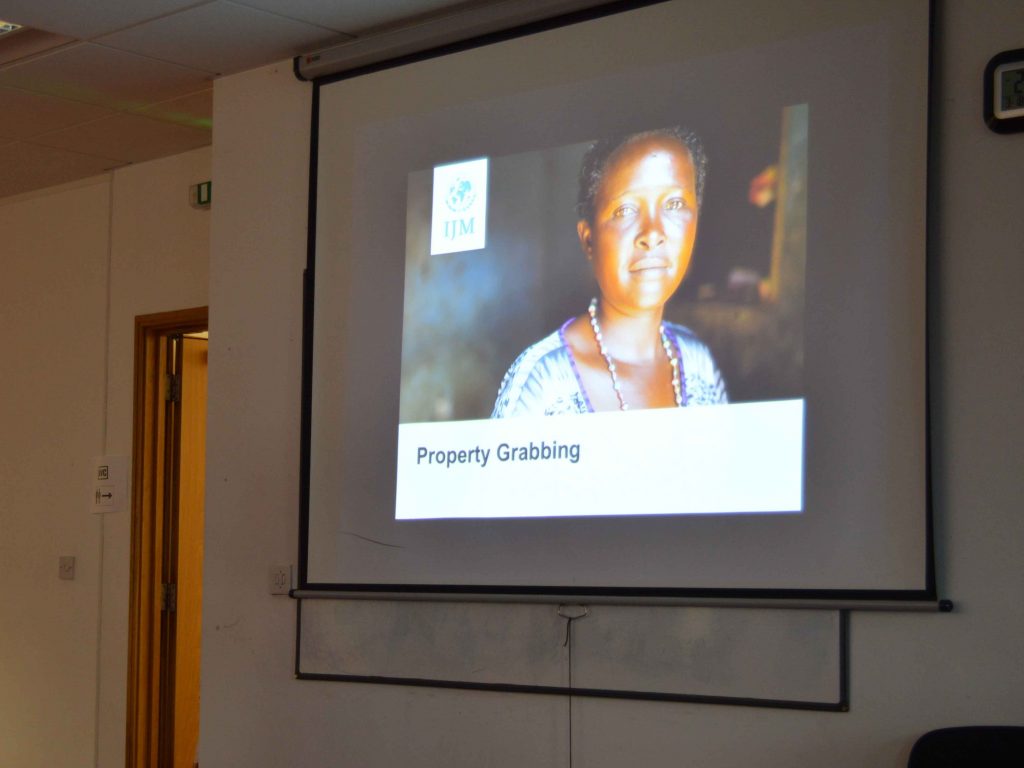 When we think about slavery we often conjure up colonial imagery of chains, shackles and barbaric forms of torture. However, despite slavery now being illegal in every country around the world, it is far more common today than ever before.

Today there are 36 million modern day slaves worldwide, 78% of whom are working in forced labour. Of these, 55% are female and 45% are male, while a shocking 26% of modern day slaves are children. According to the IJM, forced labour slavery “uses deception, threats or violence to coerce someone to work for little to no pay.” Modern day slaves can be found in farms, factories, homes, brothels, restaurants and more, generating £150 billion per year for people traffickers.

The IJM aims to combat modern day slavery by running slavery rescue missions throughout the world especially in poorer, developing countries which are big targets for slavery because there is often nobody there to listen to the slaves’ concerns. The IJM works with police to identify and prevent slavery, in addition to staying with survivors until they are free.

The students watched a number of videos featuring real-life case studies of modern day slavery and information about what the IJM is doing to combat the issue. One of the videos told the story of Kumar from Bangalore, India, who was trapped as a slave in a brick kiln at just seven years old. After finding out about the brick kiln, the IJM intervened with local government authorities and the police to free the slaves, provided them with official documentation to support their status and took them to a safe place where they could begin to rebuild their lives. The IJM’s Youtube channel features a number of videos about cases of modern day slavery.

Explaining the circumstances leading to forced labour, David said slaves often leave their own country on the promise of a well-paid job elsewhere. The travel costs can be excessive and are often paid for by the employer, who then claims the money back from the employee. However, the pay is often so low that they have to keep on working until the debt is paid off and thus they are forever indebted to their boss and unable to leave. In many cases, the employer will often confiscate the passports of migrant workers to prevent them from escaping.

In recent years, the IJM has been successful in overcoming child sex abuse in Cambodia, which was at an all-time high when they stepped in around 10 years ago but has now dropped significantly. In addition, Microsoft paid for the IJM to visit Ceebu, Phillipines to work with police on child sex abuse cases and such crimes are now down by 78% in the area.

Advising students on how they could play a role in combating modern day slavery, David suggested advocacy and charity donations and emphasised the importance of challenging common perceptions and governmental actions.

He also recommended a book called The Locust Effect by Gary A. Haegen and Victor Boutros, which discusses how a lack of justice and common violence can hold back the world’s poorest people. Just like how locusts destroyed years of hard-earned work from settlers struggling to better themselves in the American Midwest in 1875, everyday violence ruins the efforts of millions trying to rise out of poverty today and because they are unsafe, the poor are unable to benefit from global efforts to assist them.