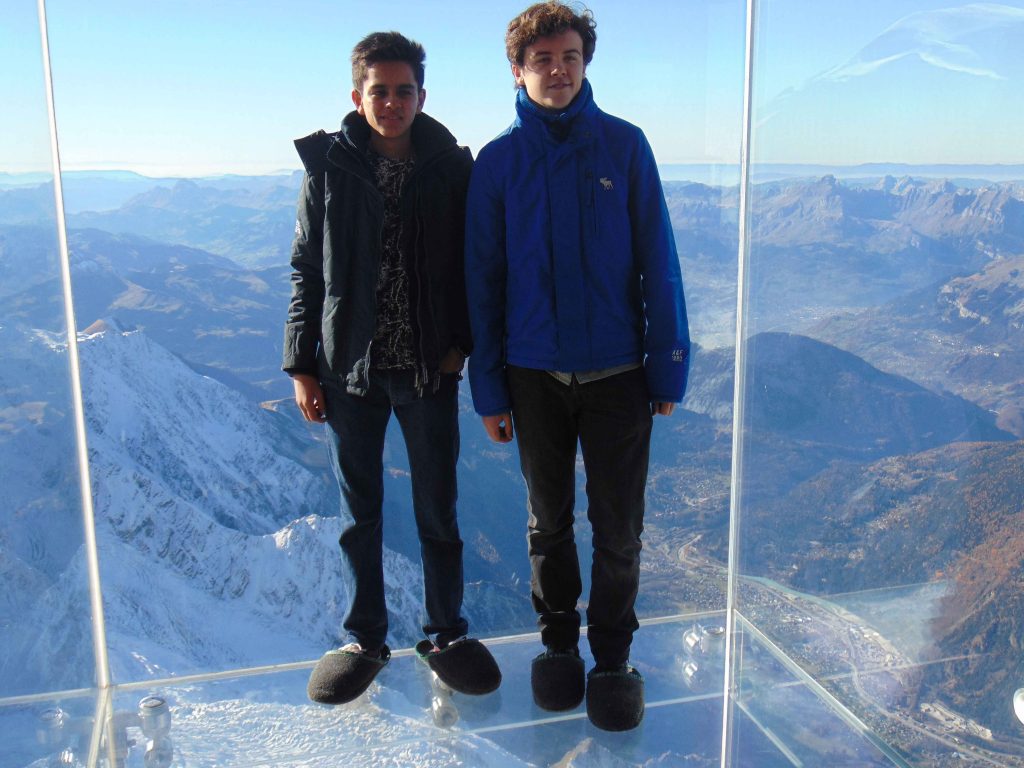 Particle Physics is about answering some of the ‘big questions’ in physics. What are the basic building blocks of matter? How did the Universe begin? What is the nature of reality?

Looking for some of the answers, a group of Cardiff Sixth Form College students visited CERN (European Council for Nuclear Research) in Geneva during the autumn half-term break.

The trip started with exploring Geneva and some students even found themselves climbing the Alps (by cable car, of course) to an altitude of 3842m!

Students had a lecture on the Standard Model of particle physics which is a part of the A2 curriculum, after that they were given a tour of the ATLAS control center, where students had the opportunity to ask questions about how the particle beams are set up.

CERN was set up in 1954 and since its inception, many crucial discoveries have been made. This is where the world wide web was born! The students were given a talk about the progress since 1954 and viewed a spectacular presentation, which really did bring the history to life