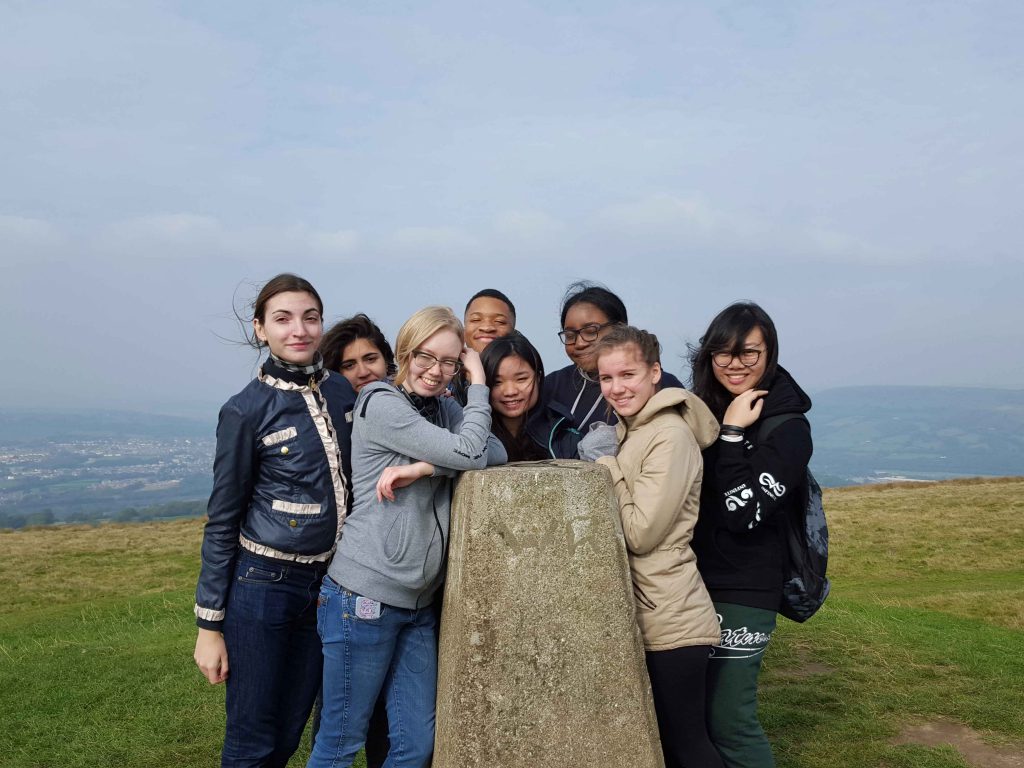 Garth Hill (usually called The Garth, or Garth Mountain, Mynydd y Garth in Welsh) is a hill located near the village of Pentyrch in Cardiff. It is thought to be the inspiration for “Ffynnon Garw”, the fictional mountain (or hill) featured in the book,

and later, film, The Englishman Who Went Up a Hill But Came Down a Mountain by Christopher Monger.

The Garth can be seen from nearly the whole of the city of Cardiff, and on a sunny, clear day as far as Weston-super-Mare across the Bristol Channel in the South West of England. It lies adjacent to the Taff Vale with the village of Pentyrch on one side and looks down onto the small village of Gwaelod-y-Garth.

CSFC students had an opportunity to put leadership theory into action by taking part in our traditional Garth Mountain Climb. Students were set with many varying tasks to be completed. The walk was not only good exercise but also put students in situations where communication and teamwork would help them complete each task.

Students were given a rucksack full of varying items and they had to decide which three would be the most important if they were to be stranded from an aeroplane crash.  This brought about a lot of discussions and debate between teams.

Near the mountain summit teams were asked to build a tent whilst being blindfolded.  Upon reaching the summit the students enjoyed the breath-taking views of Cardiff. Many photos and videos were taken of the memorable day; this mountain climb really gave the students a sense of togetherness and teamwork.