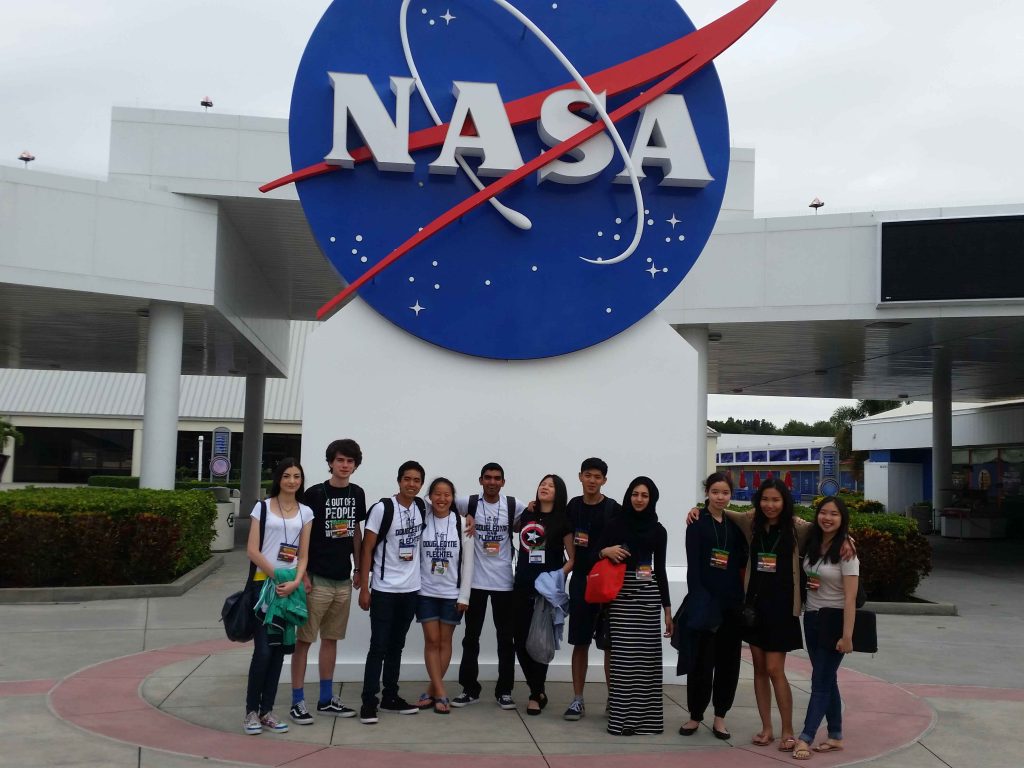 This year the event was held at the Kennedy Space Centre (KSC) in Florida, famous for space shuttle launches such as Apollo 11, the craft that carried the first men to walk on the moon.

The students had some free time before starting the competition and were taken to The Island of Adventure at Universal Studios, a theme park filled with roller coasters and state of the art entertainment. The students also had time to visit Cocoa Beach, one of the most famous beaches in America.

The students met up with peers from other Colleges around the world in the centre of excellence at the KSC and were put into their respective teams. Many of our students were members of team Vulture.

After long discussions and deliberations, the teams began to assign set roles for each student.

Teams were given a few days to come up with proposals to house humans on Mars. The competition covers all disciplines meaning it caters for students interested in a wide range of subjects, not just science. This could include the financing of the project or also how the project is marketed and perceived. Team Vultures were the eventual winners this year which now means that CSFC have won the whole competition for 5 consecutive years.

This competition provided me with the chance to meet real NASA engineers as well as visit the Kennedy Space Centre. This was truly an amazing experience which I never thought was achievable and will cherish dearly.