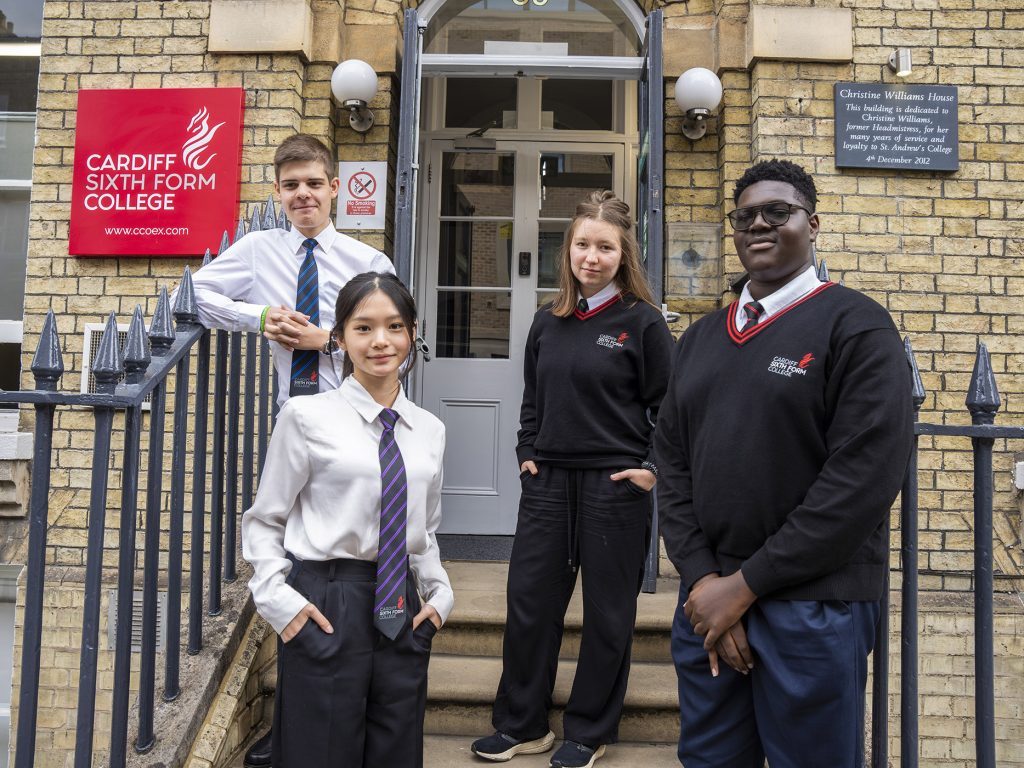 Surely a mistake? A typo? Auto correct on spellcheck? But no, it’s true.

A school strongly rooted and founded in Wales, proud to carry the name of the principality’s capital city in its title has indeed opened in the east of England in the city of Cambridge. This may seem incongruous but in fact is a logical next step in the evolution of the school. Having been the top performer in the UK academic league tables, for A-levels, over the past 12 years, it has demonstrated its commitment to academic excellence and to unashamedly championing both depth and breadth of understanding and, application of knowledge amongst its students.

Cambridge University, founded in 1209 is ranked as the top UK university in the QS World University rankings for 2023 so what better city for CSFC to expand into than Cambridge?  Whilst CSFC is very much the ‘new kid on the block’, the ambition to demand and deliver excellence from all associated with it, seems to fit well with Cambridge University.

CSFC is now ‘One College with Two Campuses’ with the Cambridge site and staff drawing from the experiences and expertise of the Cardiff staff who are providing mentoring and support to ensure that the high standards set are maintained and delivered for all students. The Cambridge campus, however, brings its own expertise to the table in several areas, too. For example, Computer Science, an A-level gaining rapidly in popularity is available only at the CSFC Cambridge campus, an appropriate development as Cambridge is home to Europe’s largest and most successful technology cluster – the so-called ‘Silicon Fen’ –  with around 5,000 science and technology companies generating an annual revenue of over £15.5 billion between them. It’s estimated that 18% of the UK’s computer gaming industry is based here. What better place for a computer science and digital technology student to get their foot in the door?

It is difficult not to be impressed and influenced by the sheer wealth of academic history in Cambridge with the many Cambridge colleges being home to world-class alumni covering science, technology, humanities, languages and the arts. Amongst the scientific and technological greats are, Alan Turing, thought to be the father of computer science, who studied and worked at King’s College; Sir Isaac Newton held the Lucian Chair of Mathematics at the University at one time and invented the reflecting telescope back in 1688; scientists, Francis Crick and James Watson announced their discovery of DNA in the Eagle Pub in 1953 and Charles Darwin, author of Origin of the Species studied at Christ’s College, Cambridge. The examples are too numerous to mention but for CSFC Cambridge students to have the opportunity to walk in their shoes, to experience on a daily basis the academic environment that is home to so many great scientific and technological steps forward will add value to their super-curriculum programme that is difficult to replicate elsewhere.

Led by Dr Julian Davies, Head of CSFC Cambridge, the founding cohort of students will take A-level examinations in 2024. They will be the first graduates and, as with the first graduates of CSFC Cardiff, will hold a special place in the history of a school that, like its students is ambitious and aspirational. Dr Davies says of the challenge of this exciting journey: “We are here, in Cambridge and the atmosphere is bristling with excitement and anticipation over what is possible for us in such an historically relevant academic city.”