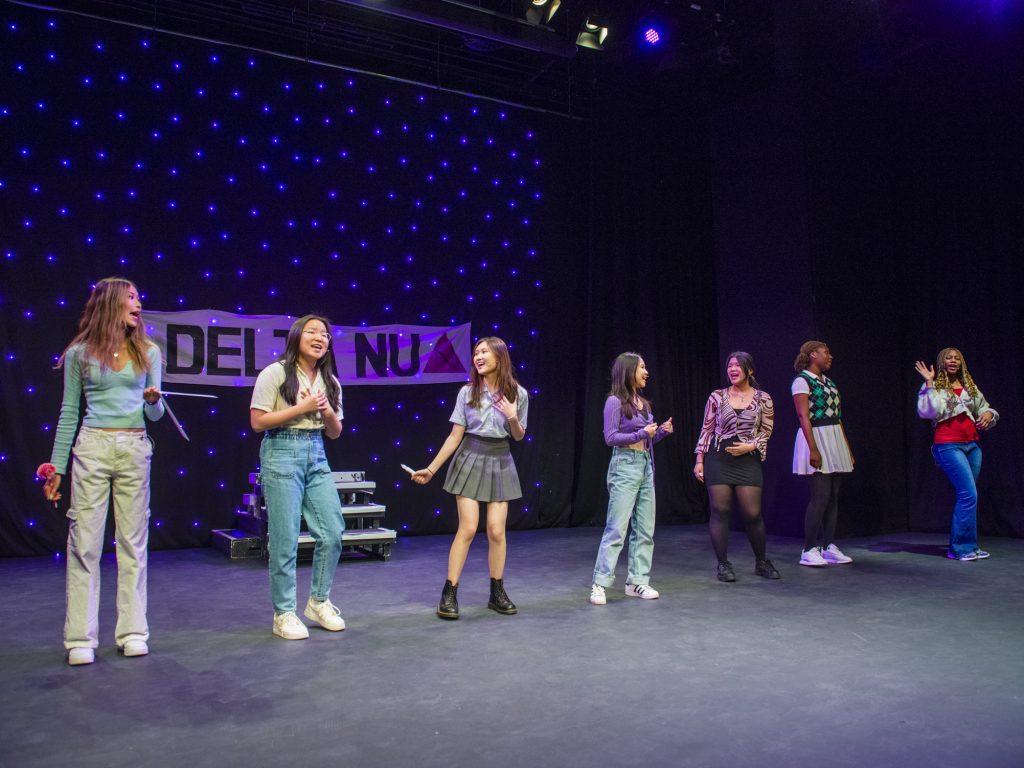 The committed, enthusiastic, talented students showcased simply staggering realism in their performances. The fluency and creativity of the performances clearly portrayed a cast who have put in enormous amounts of time and effort to bring such an endearing performance to fruition.

The extraordinary talents of our students appear to know no bounds; whether it be the Cultural Event, Eisteddfod or Sports Day the students excel no matter what the challenge and drama performances can clearly be added to this ever-extending list after last week’s incredible performances.

For those who are unfamiliar with hit movie Legally Blonde follows the story of Elle Woods (played by Claire) the girl who seems to have it all. A UCLA sorority girl who finds her life turned upside down when her long-term boyfriend Warner Huntington III (played by Luken) dumps her out of the blue. Determined to win Warner back and prove she is more than a fashionable sorority queen she follows him to Harvard Law. When she arrives at Harvard Law, Elle struggles to been taken seriously and to make things worse, she discovers the love of her life is engaged to fellow student Vivian Kensington (played by Ella). With the help of some new friends Emmett Richmond (played by Jayden) and Paulette Bonafonte (played by Obianuju) she defies expectations and graduates with high honors.

All those who took part played stellar roles in driving the performances to success. Sylvana (Brooke Wyndham), Karl (Prof Callaghan), McQueen, Sky, Natania, Michelle, Wan Nee, June, Rayhaan, Jacky (various ensemble roles) should all be thoroughly congratulated in their roles to bring this performance together.

The Glee Club students are a credit to the college and we can’t wait to see what next year’s performance brings!