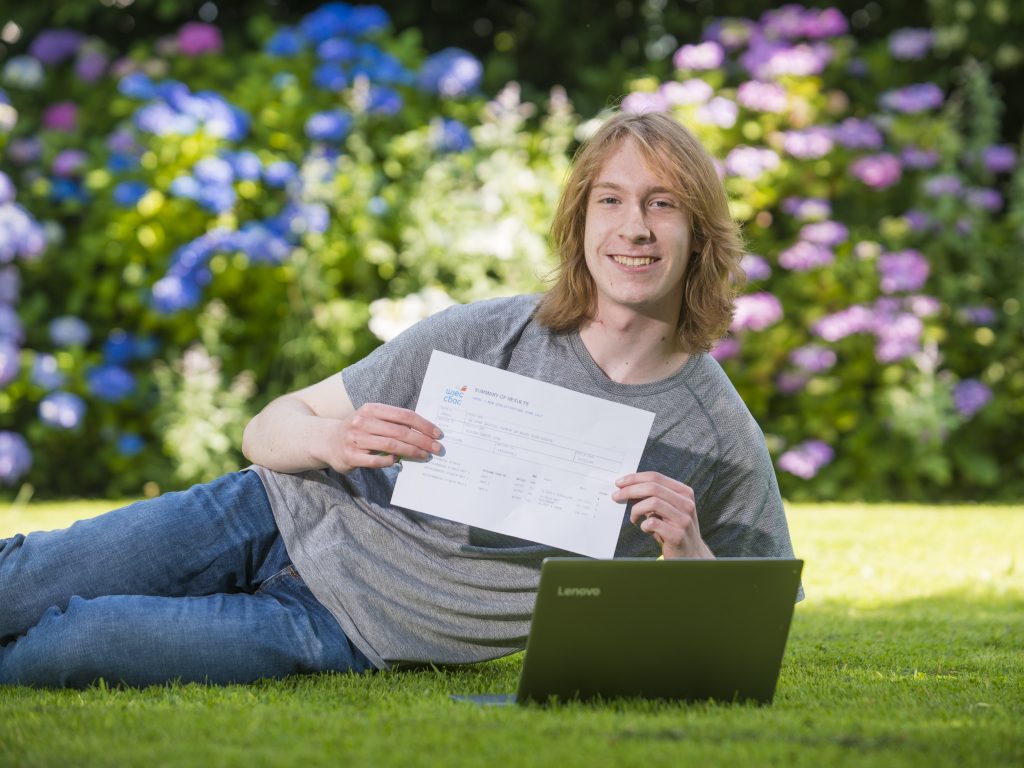 Guillaume Macneil from Cardiff has won a place at Durham University to study Computer Science having achieved four A*s at A Level in Maths, Further Maths, Physics and French.

Guillaume, who enjoys machine learning and is fascinated by AI, inactive learning and algorithm design, has already designed many applications including designing an online game based on the ‘rock, paper, scissors’ concept as well as a program which recognised hand drawn digits.  He has also completed an EPQ on ‘Whether machine learning should be supervised or unsupervised’ and is looking forward to exploring this, and other areas of computer science, at university.

Said Guillaume: “I have always been academically focused but would describe myself as a jack of all trades apart from when it comes to computer science and of course computer games which I love.  I really enjoy solving problems and finding creative ways to do this and am looking forward to researching things I am truly interested in and working independently.

“It was a bit of a shock coming to Cardiff Sixth Form College as the expectations were so high” he admits.  “I realised that I would have to work really hard to do well and in the first few weeks wondered if I had made a terrible mistake!  However, the teachers were really supportive and gave me lots of advice and it has really made a difference to my future.”

Guillaume doesn’t however just spend his time in front of a computer, he is also a keen climber, boulderer, cyclist and traveller and aims to re-take up judo and swimming at university.

“We are an outward bound family and cycle in every place we have been to from the islands in France to the Outer Hebrides.  It is so secluded there, it really appealed to my character, watching the sea eagles and fishing.  I boulder at the Cardiff indoor climbing centre and have a good reach as I am tall.  I have also enjoyed climbing outdoors in the Wye Valley and in Ogmore Beach with some stunning views and great mountain biking.”

Said Principal of Cardiff Sixth Form College, Gareth Collier: “Guillaume is an extremely able student who has a real talent in the computing arena.  He is programming at advanced level and I know is planning some holiday programming projects over the summer holidays.  Although having had a slightly uncertain start, it is to his credit that he quickly started to work hard and saw the results in his schoolwork.  I suspect in the future we will be seeing applications that he has designed in many of our day to day products.”