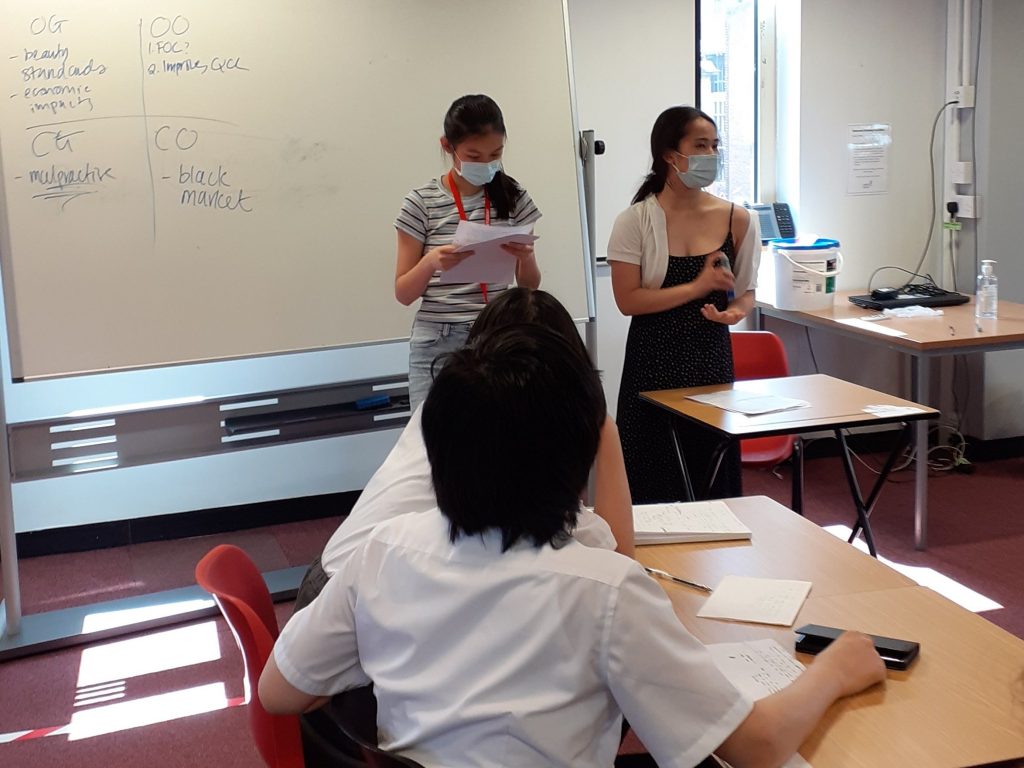 Our iGCSE classes recently took part in an ‘Introduction To Debating’ workshop where they worked on their critical thinking and speaking skills. The final saw teams competing in preliminary rounds with the Grand Final being held in the afternoon.

Congratulations to Chris and Danny who won the Grand Final the motion for which was ‘This House Would Ban Cosmetic Surgery’. Well done also to Crescent for being awarded the best speaker prize and Ekaterina for the most enthusiastic contributor.

A big thank you also goes to AS debating students Sylvana and Adelaide who judged the preliminary rounds and the finals, providing first class feedback to the students.

As a result of this workshop four students, Angel, Gech, Crescent and Milly, have developed the confidence to enter a forthcoming international debating competition run by the Wales and England National Team Coaches. They will compete against 70 teams from 23 countries so we wish them the best of luck for this wonderful experience.