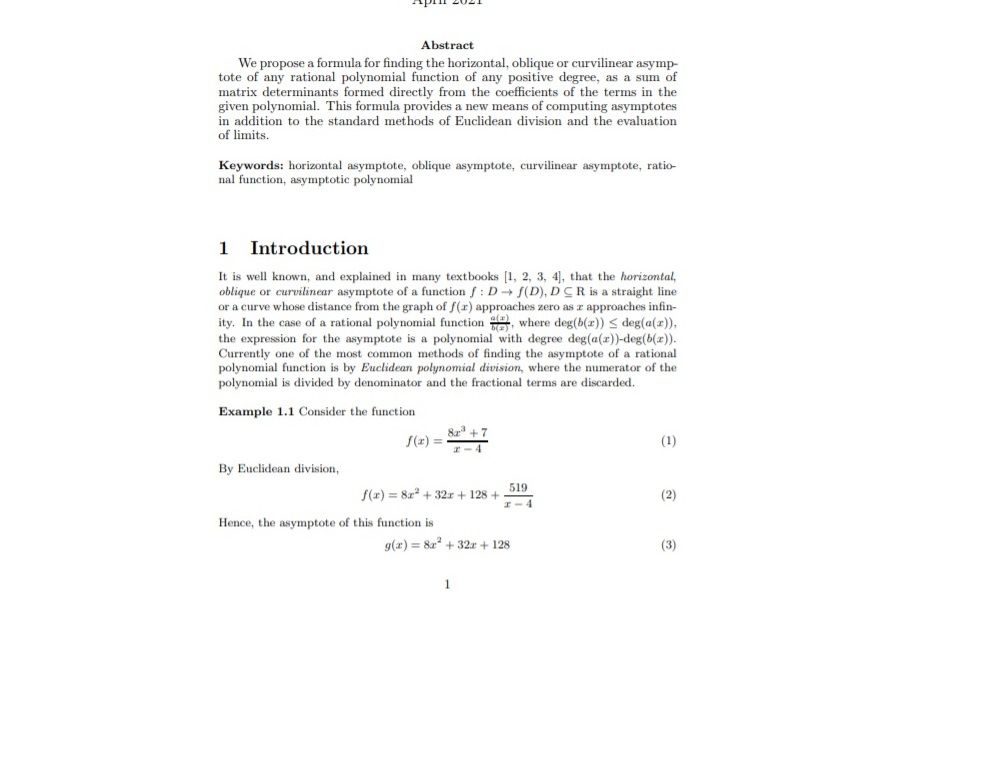 Mason, in our A2 class, has recently had an article published on ‘polynomial asymptotes’.

Mason began writing the paper last summer and, alongside the maths department at CSFC, explored avenues for getting his work published. Though initially unsuccessful Mason then personally contacted the mathematician. Asterios Skodras, whose online post inspired him to develop the proof on polynomial asymptotes and they worked together to help expand on Masons original work.

After a few weeks of work, the paper was finished and is now publicly available. Mason has written and developed his paper alongside his A-level studies in Biology, Physics, Chemistry and, of course, Mathematics. Mason plans to study Medicine at university from September.

Dr Davies, Maths teacher at CSFC, said ‘the work is at a level that far exceeds anything covered in the A-Level course and at a level undoubtedly of degree level if not higher. A fantastic accolade!’

Head of CSFC, Tom Arrand, upon viewing the paper declared it an ‘exceptional achievement’, something echoed by the rest of the staff at CSFC.

The paper can be viewed online here