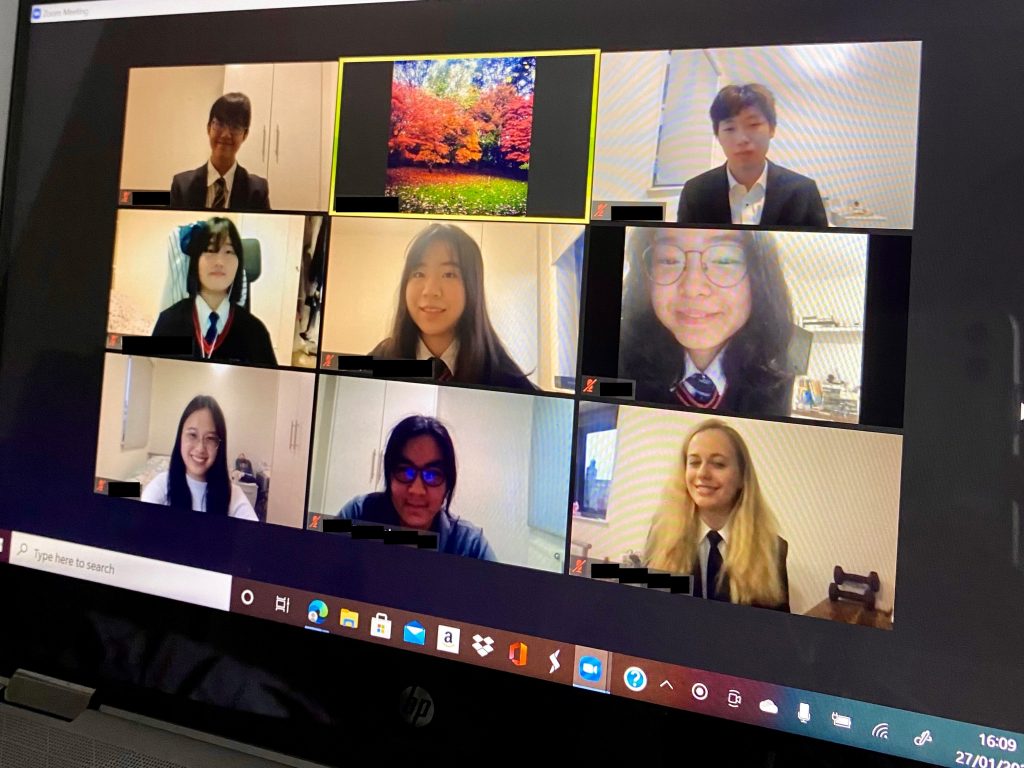 On Wednesday 27th January, a group of IGCSE students participated in the online Public Speaking Competition organised by the English Speaking Union. The following report has been written by Crescent and Ling from our IGCSE group.

Two CSFC teams took part and these IGCSE students stepped out of their comfort zone and challenged themselves to improve their oracy. There are three different roles in each team: chairman, main speaker and questioner.

Team one was Ekaterina, Angel and Christopher, whose roles were chairman, main speaker and questioner respectively. Kat and Chris were paired up with a speaker from Ysgol Gyfun Gymraeg Bryn Tawe school, discussing the topic that ‘Art is a lie that makes us realise the truth’. Kat started off very cheerfully and engaged the audience using her great sense of humour. Meanwhile, Chris was listening very attentively, seeking to catch any flaws in the speech, asking questions regarding how art draws a line between truth and lies.

Angel as the main speaker was paired with Florence and Hailey from CSFC team two. She presented a speech on the topic “History lessons should take into account the diversity of ethnic backgrounds in the classroom”. Angel was in favour of this statement and argued passionately about how diverse perspectives of history can benefit students by giving us a stronger sense of identity, creating cohesion and promoting acceptance and understanding among different ethnicities. Hailey challenged Angel with some interesting questions about school curriculums and individual identity and Florence did a wonderful job of chairing this enlightening exchange.

Our final speaker was McQueen who discussed whether ‘We should cancel’ cancel culture’.  He agreed with the statement and discussed the impact of cancel culture on celebrities as well as considering whether there was an impact on freedom of speech. In response to questions from the Bryn Tawe team, he talked about the negative impact on victims and about how even the education department are concerned about the impact of social media attacks on prominent figures.

It was a great event and the hard work everyone put in really paid off.  CSFC Team One were chosen to progress to the next round of the competition and the judges were so impressed with Angel’s performance that they voted her the Best Speaker of the day!

Congratulations to all the students who participated!