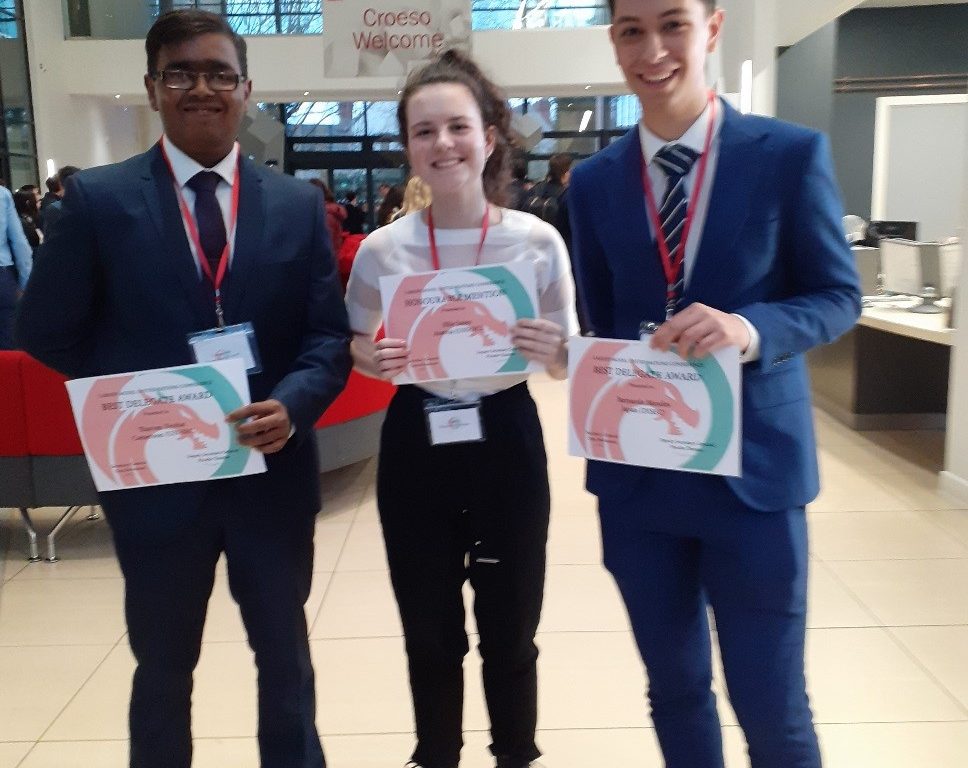 Over the weekend, nine Cardiff Sixth Form students, myself included, took part in the Model United Nations Competition at Cardiff University. It was an eye-opening and humbling experience to be amongst so many talented delegates from not only the UK, but from all over the world. The conference itself was an opportunity to practice research, communication and collaboration skills, and served to stimulate my- and other novice MUNers’- interest in world affairs.

We attended an opening ceremony on the first day, where we were given a speech about climate change from a United Nations official. We were told how powerful nations such as China and the United States- countries which are the largest contributors to global greenhouse gas emissions- generally overrule small states in the UN such as Vanuatu and the Pacific Islands, which, as they are low-lying, are in danger of being completely submerged.

I found the debate on nuclear weapons smuggling to be particularly interesting. Solutions such as mediated peace talks, bilateral treaties or agreements, and ways to safely disarm nuclear weapons. Both committees managed to produce draft resolutions for both topics.