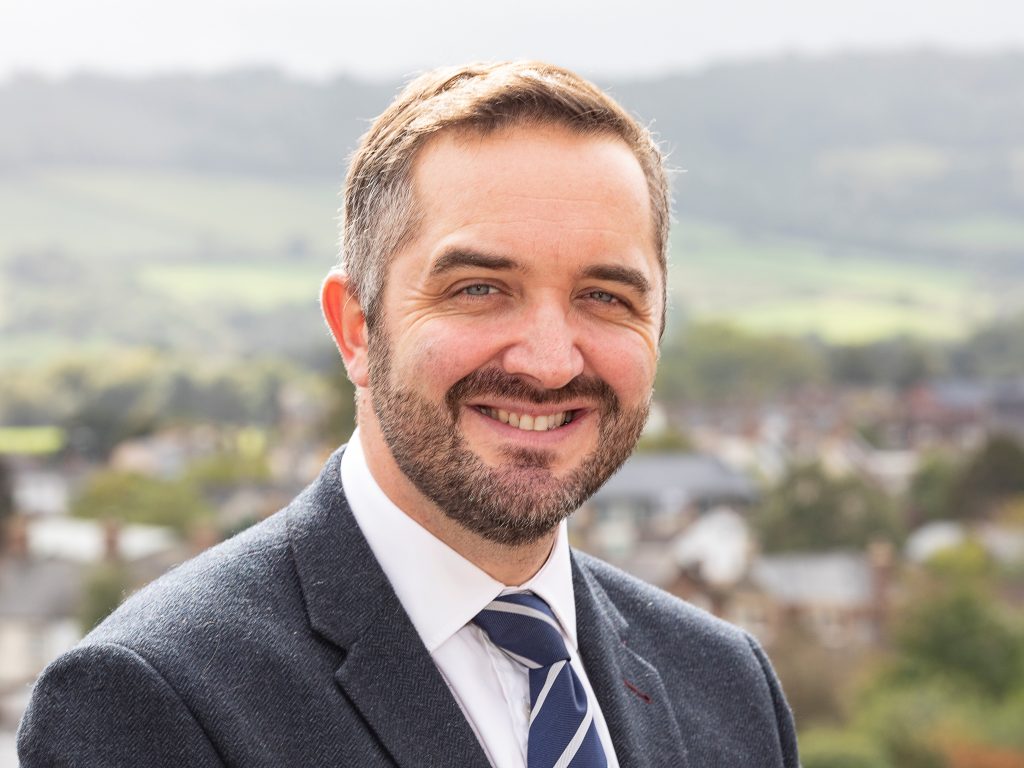 Tom Arrand has been appointed to lead the number one school in the UK, Cardiff Sixth Form College from January 2020.

Tom (43) who holds a Theology and Philosophy degree from Oriel College, Oxford and completed his PGCE at Homerton College, Cambridge, spent ten years at the Haberdashers’ Monmouth Schools where he held positions as both Deputy and Acting Head at Monmouth School for Girls.  Here he supported the school in gaining excellence in all areas of its Estyn inspection, including sector-leading practice in pastoral care and independent learning.

Prior to this, Tom spent five years as Housemaster, Head of Religious Studies and Philosophy, Head of Oxbridge and Head of Key Stage Four at Colston’s School in Bristol.  Under his leadership, students gained the top Religious Studies results for GCSE in the UK.  Resident House Tutor and Head of Rugby and Cricket at King’s School Ely, Tom has also taught at Royal Grammar School in Guildford and Orwell Park in Suffolk.

Tom was a scholar at Durham School where, in addition to excelling in his A Levels he played rugby and cricket.  A Grade 8 trombonist and keen choral singer, Tom also enjoyed performing, playing leading roles in various drama and musical theatre productions – passions he continued post-school and university.  Aside from family time, he enjoys photography, cooking, reading and exercise.

Said Tom: “I am very excited to join Cardiff Sixth Form College as it is the school everyone is talking about – I am not sure that even the staff and local community know just what big news the College really is!  The team at Cardiff are exceptionally forward-thinking and ambitious and I am very much looking forward to helping build on their success.”

Issued on behalf of Cardiff Sixth Form College.  For further information, please contact Henrietta Lightwood on 07788 289937 or by email Henrietta.lightwood@ccoex.com