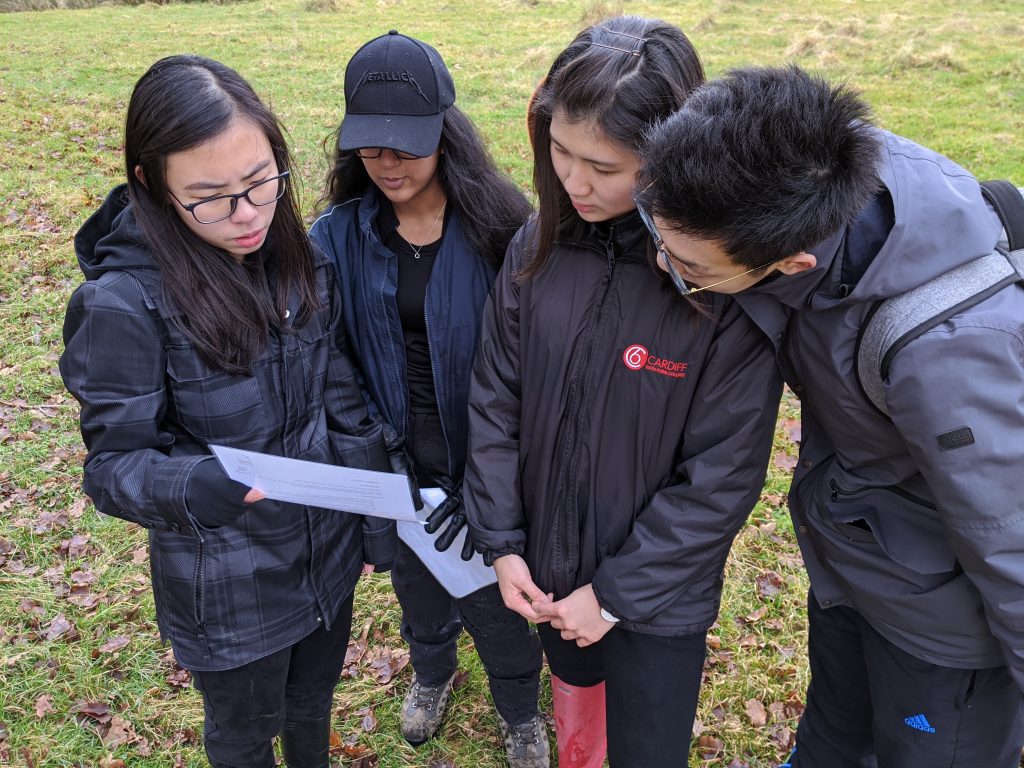 The year 13 cohort of Cardiff Sixth Form College had a day at Brecon Mountains, spending time to build teamwork skills. The event took place at “Call for the Wild”, in Abercrave and while mud was a certainty, students were able to stay out for all activities. These included physical tasks, such as walking in a gorge blindfolded, guided by the team leader, and walking in tandem on two planks.

Skills such as team coordination, role assumption and responsibility sharing allowed the students to improvise, adapt and overcome difficulties and complete all tasks on time. In the process the students had a great time, enjoying nature and the company of each other and building stronger bonds for the future.

In the afternoon the students competed in their teams, building a nation. They produced a flag and a national anthem, along with a national identity and a moto, and gave a presentation to their peers that included singing the anthem. A collection of skills, including communication through verbal and other means (such as singing and dancing) and use of English in a formal context were all displayed excellently.