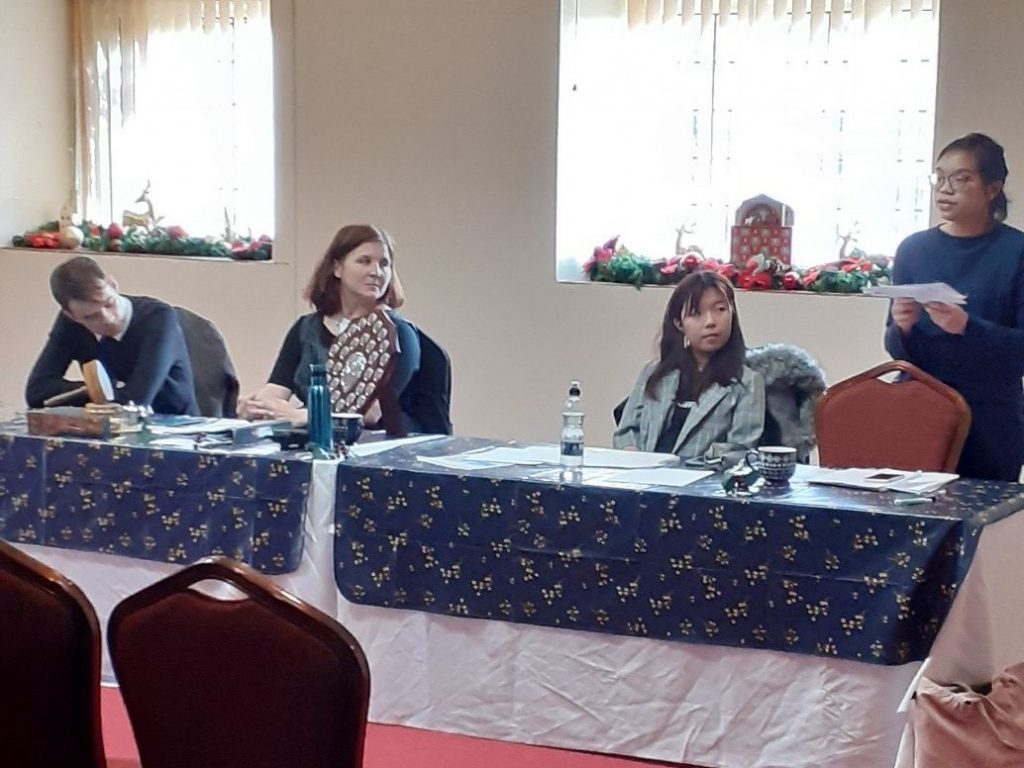 The semi-finals and finals of this year’s Wales Schools Debating Competition took place at Tredegar House in Newport. Danielle Kong and Jane Sonamai are to be congratulated on their performance in the semi-finals with the motion “This House Would prioritise the wellbeing and equality of its people over economic growth.”

They justly deserved their place in the finals against Bro Morgannwg School debating the motion, “This House would abolish the UN security council.” Both teams were complimented on the high standard of their debating skills, making the judges final decision very difficult. Bro Morganwwg are to be congratulated for being the final winning team.

On the left of the picture is Elis Golding our Head Boy from last year and previous semi-finalist in this competition who was invited to act as Chairperson for this debate.