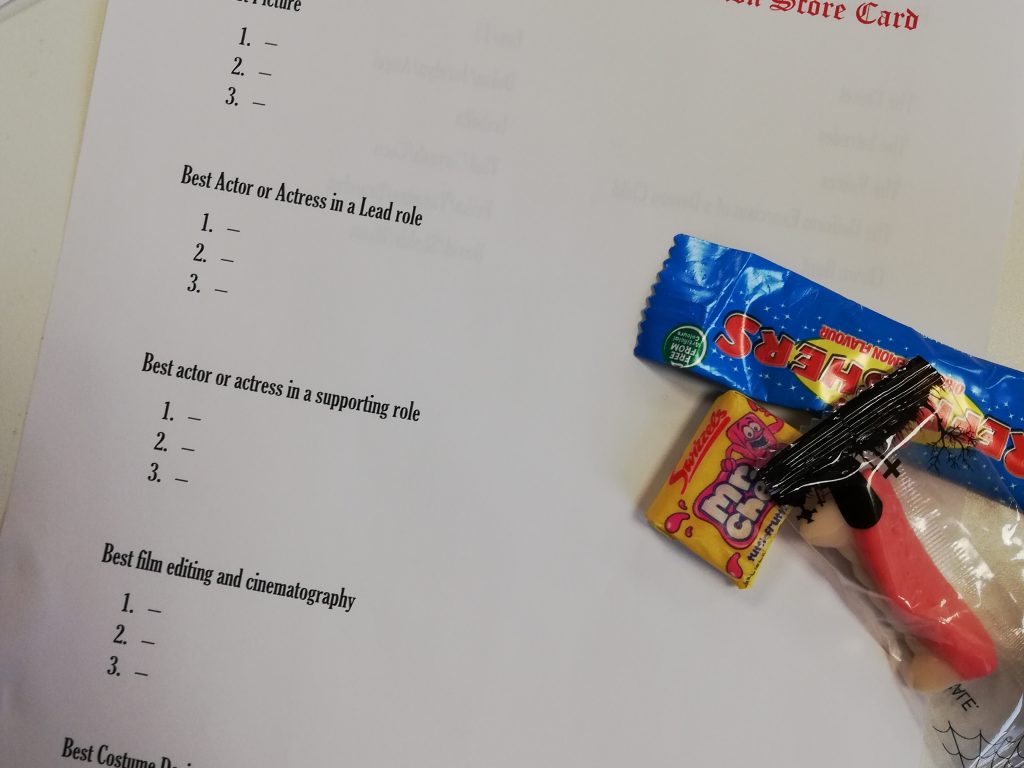 Today the staff had the frightful fun of a screening of the students’ home-made Halloween horror films. Students from each house wrote, produced and starred in their own short films and staff marked them accordingly after the screening based on their merits. The categories marked on were:

Amazing, terrifying and often quite funny, this year’s screening did really show our students multitude of talents. I think we made have some budding Scream Queens (and Kings) in our midst.