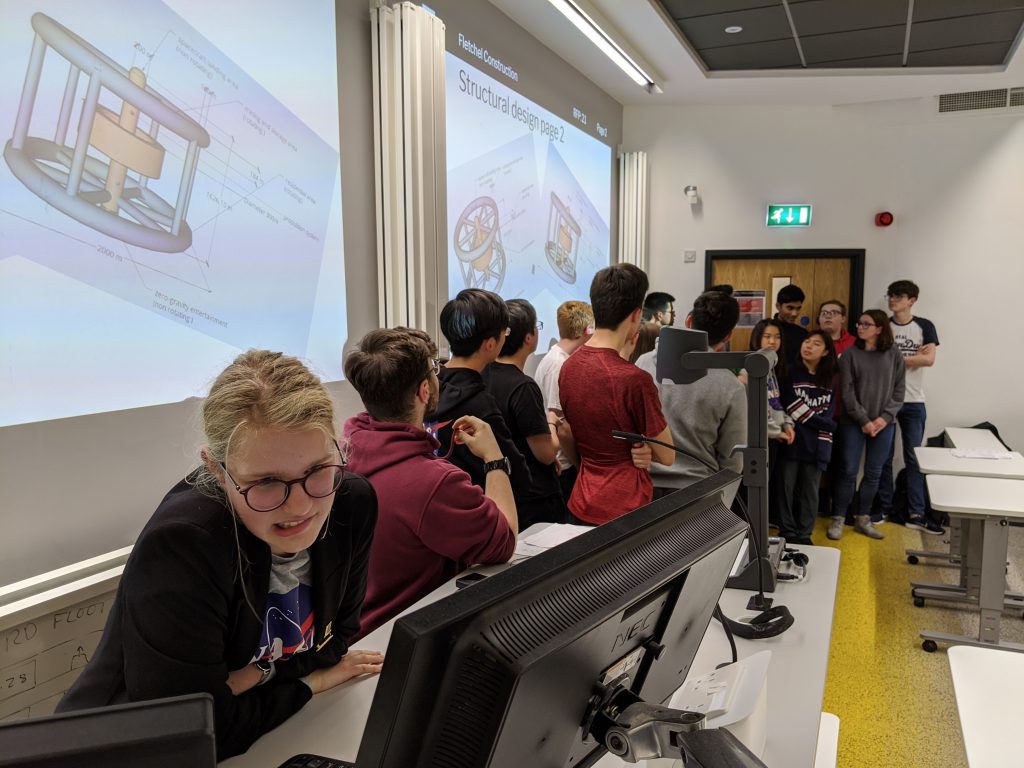 The Wales Regionals took place on Saturday 16th of November at Cardiff University School of Physics and Astronomy. The event started with the teams’ briefing and training, and the competition officially begun on midday. Our two teams competed against each other and against another four Welsh schools.

The two teams have been selected in our inter-house competition out of 6 teams that competed to advance to the regionals. The winner of the interhouse, team Sigma and the runners up, team Syndicate, were represented each by 10 AS and 2 A2 students.

In the regional competition, team Syndicate won and progress directly to the finals, the nationals in London. Team Sigma will enter via the video competition hoping to make it for the same event, taking place in early March at Imperial College, London.

This is the 8th consecutive time that CSFC wins the regional and progresses to the nationals.