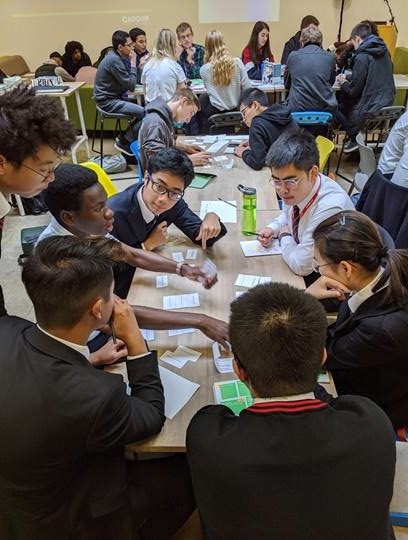 Cardiff Sixth Form College Students have taken part in the largest Engineering competition in the country, visited Cardiff Metropolitan University for the annual competition briefing and met with the engineers.

The Engineering Education Scheme Wales (EESW) is the annual competition of all Welsh schools and brings students working together with engineers from companies such as Air Bus, Jaguar, Network Rail and other larger corporations.

During this visit, the three teams of of twenty-two year 12 students had the opportunity to be briefed about the nature of the competition, the tasks involved and the deadlines. They also met with the engineers from companies who set out the projects and took part in a team building activity.

In the past, Cardiff Sixth Form College students have worked with the Association of British Ports (ABP) for two years in projects attached to Cardiff and Newport ports.