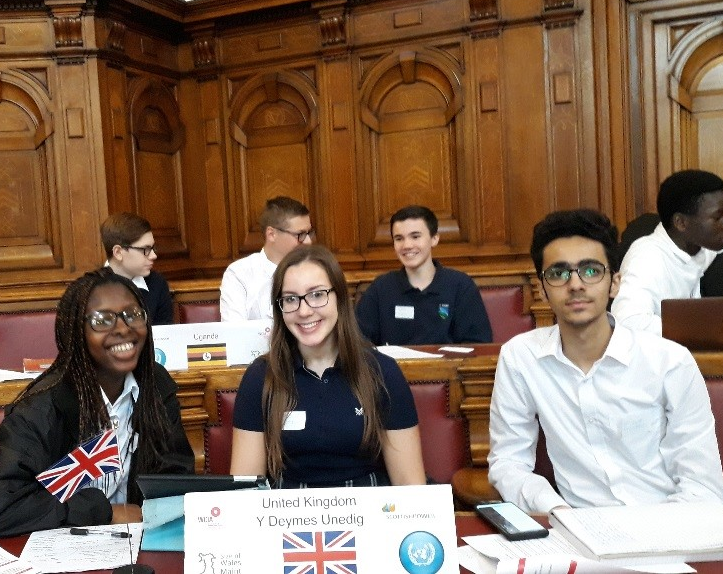 Fifteen of our students had the opportunity to attend a climate change conference at the council chamber of the City Hall Cardiff. In teams of three they were given the role of representing five countries, USA, UK, Italy, Costa Rica and Mozambique. Tharun, Paul and Leon played a significant role in the Conference representing the views of Mozambique as they were selected to deliver the opening speech as well as producing the resolutions to be discussed during the day. The research they had undertaken for their particular country was evident in the high quality of their input into the discussions.