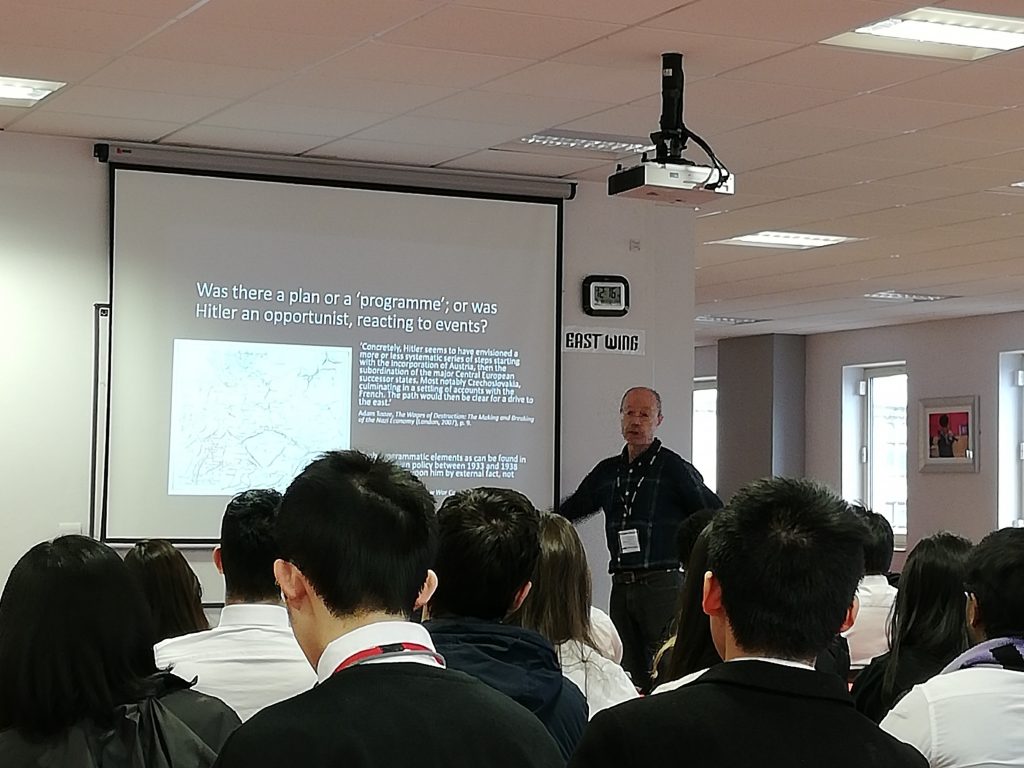 Dr Thacker’s research concentrates on the cultural, political and military history of the 20th Century in Europe and he has written extensively on the Second World War and its main protagonists – featuring in a wide range of TV, radio and print publications.

Interestingly, Dr Thacker has focussed particularly on the role and place of music in Germany after 1945; on music in the early German Democratic Republic; and the relationship between different forms of music and concepts of citizenship in modern Germany.

As well as giving lectures to sixth form students on Nazi Germany, Dr Thacker represents Cardiff University on the Steering Group for the Centenary Commemoration of the First World War in Cardiff and on digitisation programmes relating to the ‘Welsh experience of WWI’.

The talk provided our students with an opportunity to listen to and question one of the country’s most active researchers in the field of 20th Century European History. Questions were lively and diverse ranging from Churchill’s role, Vichy France and the invasion of Russia.

Thank you to all who came.