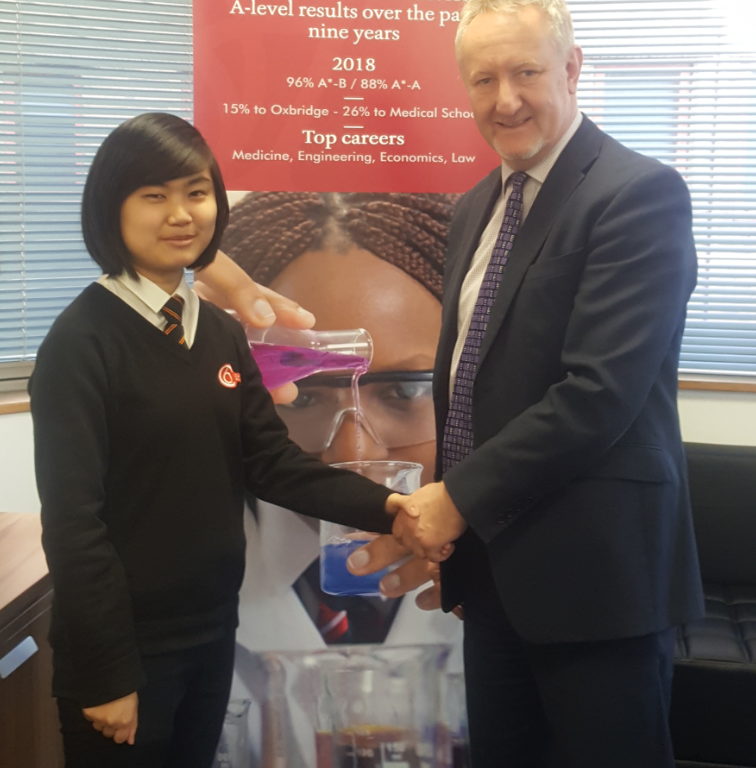 The Prince Philip Scholarship was founded to enable talented Hong Kong students to pursue an undergraduate degree at the University of Cambridge.

In 1980, the British government raised tuition fees for overseas students studying at UK universities from £550 to £5,650 per annum.  There was real concern that many Hong Kong students would no longer be able to afford to study in the UK. In 1981, with a group of highly committed individuals from Hong Kong and Cambridge, Dr. David K.P. Li established The Friends of Cambridge University in Hong Kong to raise funds for the Prince Philip Scholarship.

From the initial seven students receiving the award in 1982, a total of 184 have now been awarded the scholarship since the founding of the scheme.

Cardiff Sixth Form College student Sharon Ho is one of the latest cohort of students to be recognized by Cambridge University for the excellence of her academic standing and her potential to represent Hong Kong as an academic ambassador, through her studies, and in the future. Sharon says that “my whole family and I were in shock when we received news that I had gained the Prince Philip Scholarship. It is a huge honour and I am very happy to receive it.”

Sharon is hoping to study medicine at Cambridge University and has an offer from Gonville & Caius College for entry in September 2019.

Of the Prince Philip application process Sharon says that it was enormously helpful that her UCAS preparation was done early and her personal statement completed early in September so that she could concentrate on applying for the scholarship.

The interview went well because she was well prepared. Her top tips for preparing for the interview are:

The questions that Sharon was asked at interview were all related to the application of her subjects to medicine and her thorough preparation in Maths, Physics, Chemistry and Biology clearly enabled her to answer well and impress the interviewer.

She says that The Prince Philip Scholarship will go some way to ‘easing the financial burden on her family’ of her education and she is looking forward even more to meeting new friends in Cambridge who want to pursue a deeper knowledge of their chosen career.

The Principal, Gareth Collier said, “Sharon is an outstanding student who thoroughly deserves the recognition that she has achieved from the Prince Philip Scholarship. She epitomizes the hard working but open approach to education that the best Cardiff Sixth Form College students display.”

Congratulations to Sharon on her outstanding performance in the Prince Philip Scholarship process and her consequent successful award. This is an inspiring story for all those with aspirations to follow in her footsteps.