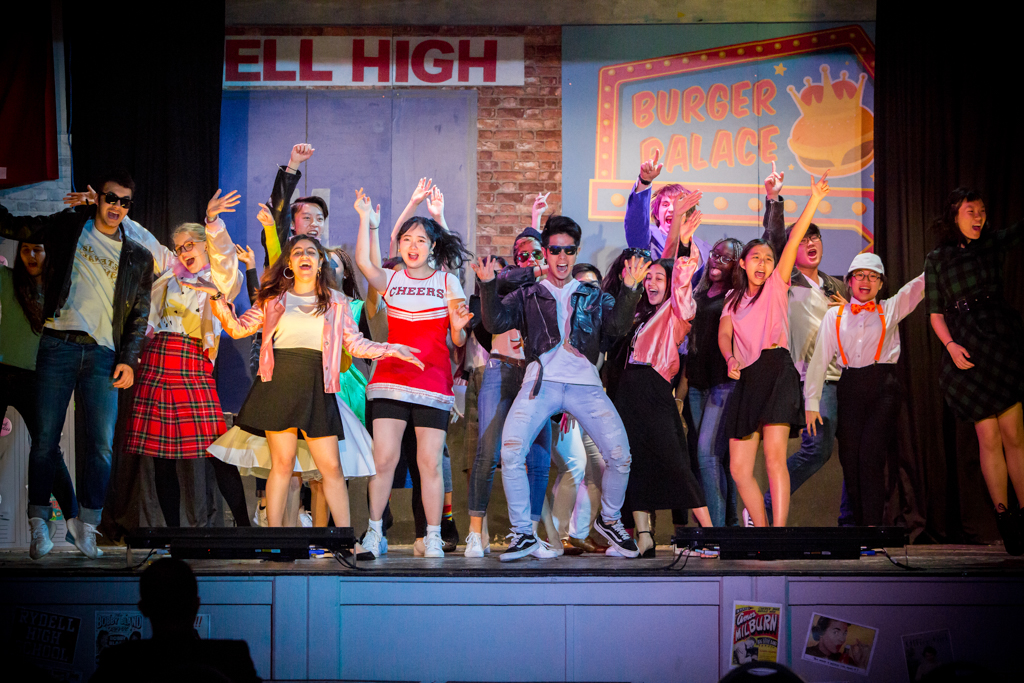 Chung Heng Lam says of Glee that, “it’s not just a club, the cast and crew are all part of a family, Dedication and passion is what drives us into doing the impossible. It’s the one time of the week where you can truly immerse yourself into a role and be anything or anyone you want”.

This performance certainly solidifies Chung’s sentiments as the dedication and passion for this project shone through the whole performance. This is clearly a family that has practiced together for some time and the fruition of that hard work is a stunning, funny and endearing performance.

Our students are extraordinary, anyone that has sat in on a class, attended a Cultural event or Eisteddfod knows that, and it appears music and drama is no exception. Team Glee: Chung Heng Lam, Cerys Williamson, Michelle Jones, Usman Ulhaq, Jenine Tudtud, Janice Wong, Paisley Beeching and Director Kris Crowley have clearly worked tirelessly as the weekend shows went without a glitch.

For anyone (surely not?) that hasn’t seen, read or watched a performance of Jim Jacobs and Warren Casey’s tale of teenage love, it centres around a senior High School class in America in 1959. The too-cool-for-school “T Birds” are the stereotype of a “Greaser” and the sassy “Pink Ladies” play against each other in a timeless tale of romance and song as their idyllic teenage dream is set to explode. This musical is both a homage to the idealism of fifties, post-war America and a satire of high schoolers’ age-old desire to be rebellious and provocative.

At the heart of the story is the romance between hot-rod Danny Zuko (played by Ziya Bora Esmer) and sweet new girl Sandy Dumbrowski (played by Arianne Banks). Their summer romance is tested in the new school year as peer-pressure and cliques complicate things. Both characters were wonderful and embraced their lead roles wholeheartedly.

To reiterate Chung’s words about Glee being part of a family, this really felt like a family effort. Without everyone chipping in together and the dedication and passion driving us to make the impossible, possible this would not have worked out as well as it did. Despite nearly dropping, the fabled hot-rod itself, “Greased Lightnin” in the dress rehearsal…

A huge congratulations and a standing ovation to everyone involved. A special thank you to our Director Kris Crowley who came on board for this production and will now be our new lead coordinator.