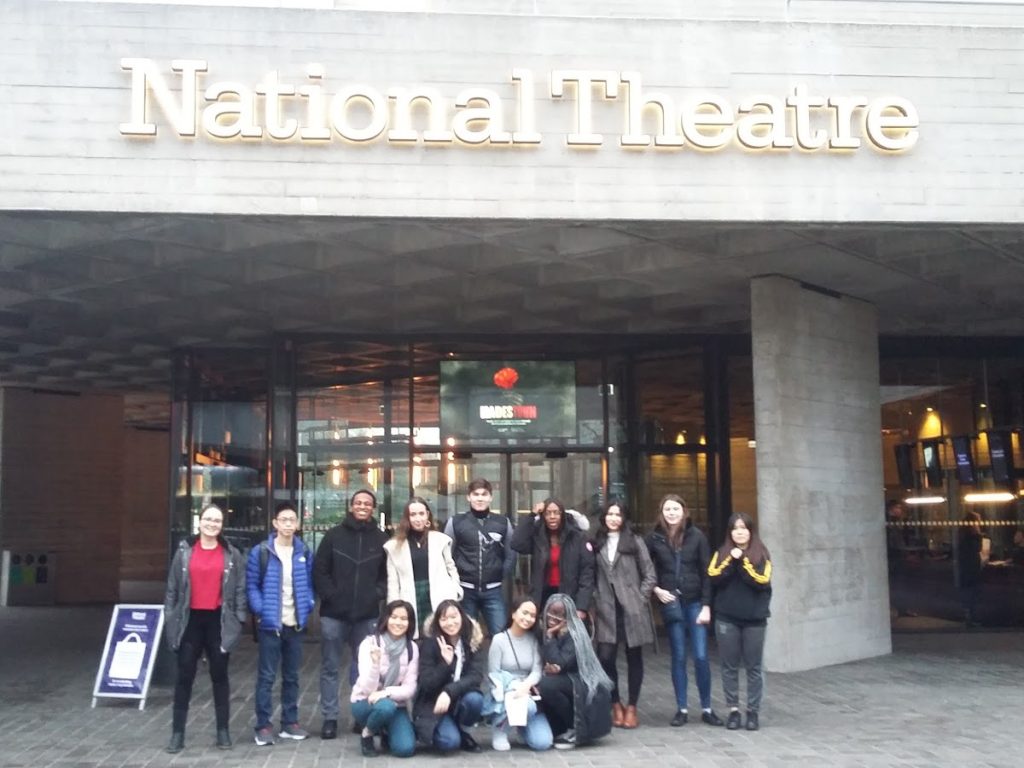 We traveled to London and back on a plush minibus, very quickly falling asleep after our long day studying. Upon arrival at London, we booked into the Travelodge in Ealing. It was clean and presentable, with an excellent location with easy access to the Underground. Breakfast was unlimited with great variety which allowed us to start the day feeling energised. Arriving at the National Theatre in Southbank, we had a unique opportunity in the Page to Stage workshop to meet members of the cast and company and gain their insight into the play, a key text in the A Level exam. We learned about the intense process of rehearsal and characterisation which was eye opening and fascinating. Later, we would see the same cast transformed into Romans and Egyptians in the production.

With a little time to browse the array of shops, we all ate at Wahaca for dinner, right next to the National Theatre, overlooking the River Thames. We really enjoyed the Mexican cuisine and eating as a group before watching the play gave us the chance to talk about it and our expectations for what it would be like. The play itself was a sell-out; we thought that the performance was resplendent in its dynamic and innovative setting. In particular, the rotating drum device, which introduced a vibrancy to the presentation of Rome and Egypt and made for a seamless transformation between the two locations. Most impressionable were the modern adaptations made by this production such as the reformed costumes and gender equality which create a sense of contrast for the audience. This can potentially be viewed as a modern interpretation of the power dynamics in Antony and Cleopatra. The acting was charismatic with Ralph Fiennes and Sophie Okonedo convincingly portraying the lead roles. Everyone thoroughly enjoyed the trip and we look forward to our next Literature adventure.