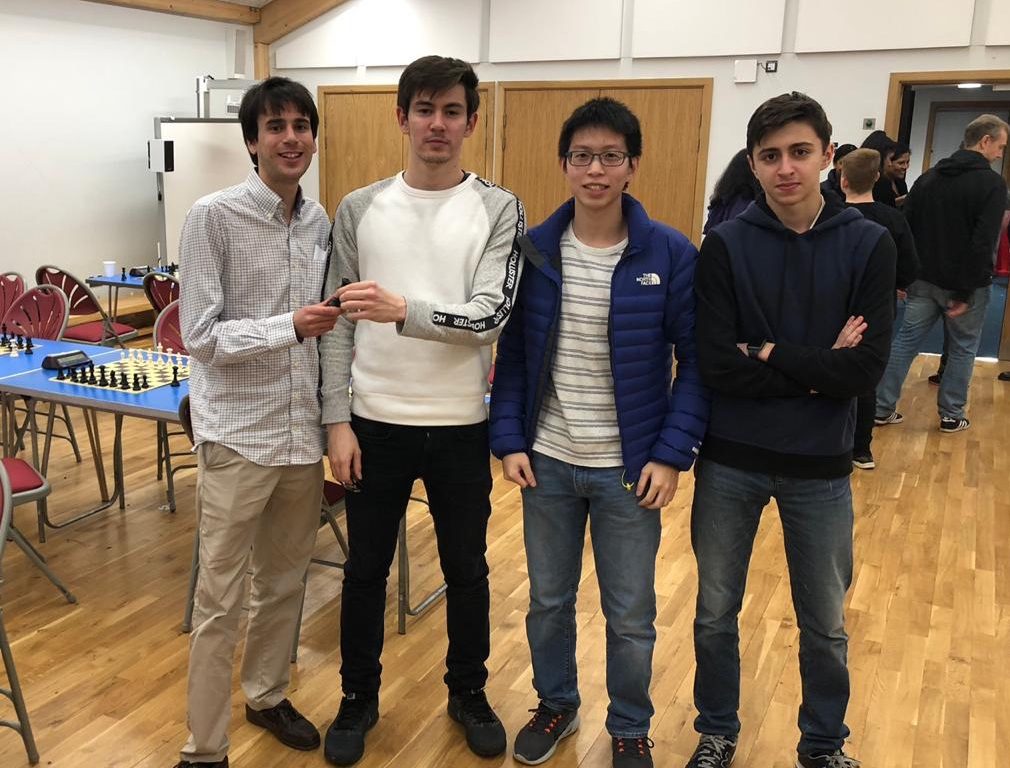 Held in Llandaff, the tournament was a Swiss system format with rapid time controls of 20 minutes + 10 second increments per side. The team played 5 gruelling matches over the course of 6 hours, and despite being a player short, placed 5th out of the 8 schools present. Notably, the team won their match against Glantaf and split the point against Cardiff High School. Congratulations to Daian Abdullin and Tofig Alizada – this was their first ever tournament, and the field comprised many experienced players. Special mention to Daian whose play improved consistently through the course of the day, Tofig who scored 3 clean wins, and Benjamin Oh who scored 4.5 out of 5 individually.