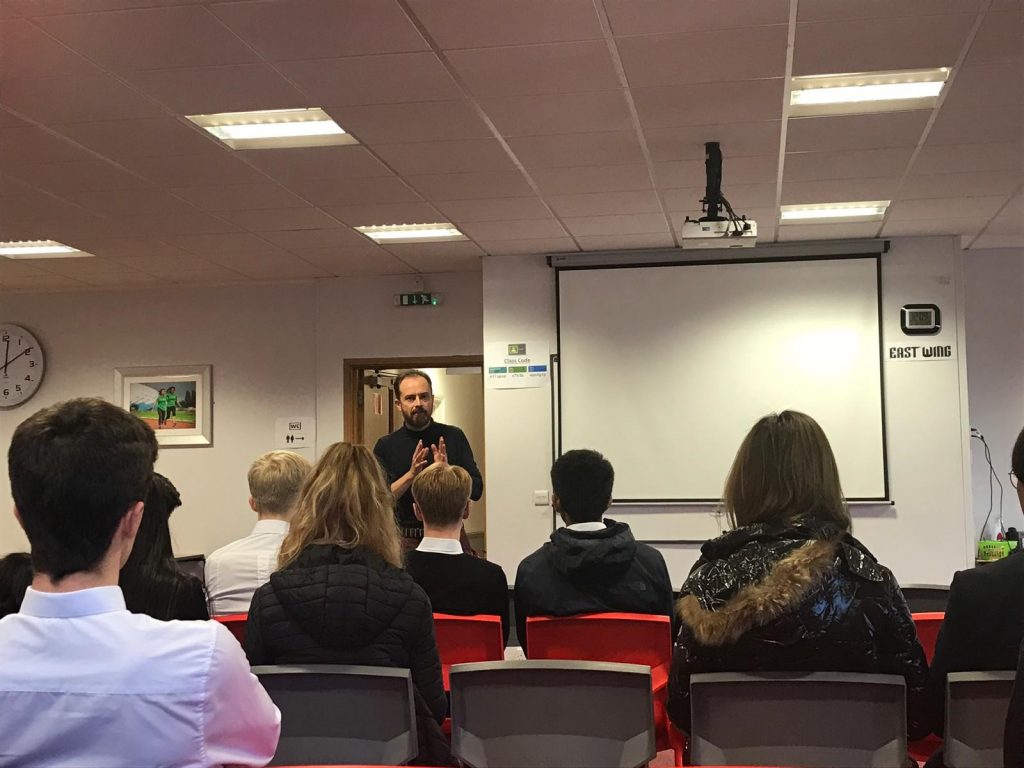 On Monday 12th November, Cardiff Sixth Form College hosted Professor Roger Awan-Scully at its Library to give a talk titled ‘Brexit and the Future of British Politics’.

Professor Roger Awan-Scully is a Professor of Political Science and Head of Politics and International Relations at Cardiff University. He is an expert on political representation in Britain and Europe and one of the country’s leading political commentators along with being the director of the Welsh Election Study and associate editor of the Parliamentary Affairs journal.

Recently, Professor Awan-Scully has authored ‘The End of British Party Politics?’ and the well-received ‘Becoming European? Attitudes, Behaviour, and Socialisation in the European Parliament’.

This talk proved very popular with the students giving them an opportunity to listen to and question one of the most high profile political scientists in the UK today. It finished with a Q&A with questions on this highly topical issue proving that this subject polarises the British public. Professor Roger Awan-Scully went as far as to call it one of the most contentious and provocative political decisions since the ending of the British Empire and the Second World War.

This lively discussion came weeks after a previous talk at CSFC by Professor Patrick Minford on ‘The UK outlook after Brexit’.