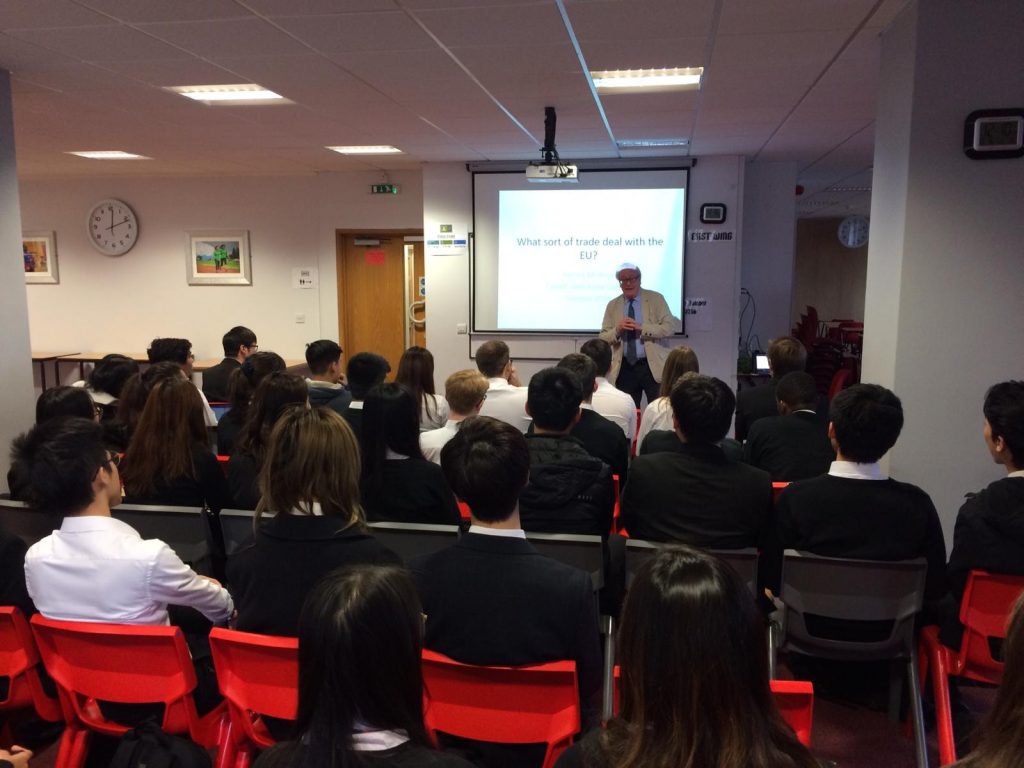 On Tuesday 16th October Cardiff Sixth Form College hosted Professor Minford at its Library to give a talk on ‘The UK outlook after Brexit’.

Professor Minford came to prominence in the 1980s as a chief economic advisor to Margaret Thatcher and one of the few economists to support the newly elected Conservative Government’s drive towards a ‘Monterist’ economy.

Minford has been prominent more recently for his views supporting a ‘hard Brexit’, claiming it would be far more advantageous for the UK economy as it can grow by 4% in the long term after Brexit.

The talk went on to what sort of trade deal with the EU we can expect, why the UK cannot agree to a ‘soft Brexit’, and the gains from a clean Brexit that have been estimated by Professor Minford and his research team at Cardiff and Liverpool.

This proved a lively discussion with our students ending in a Q&A.