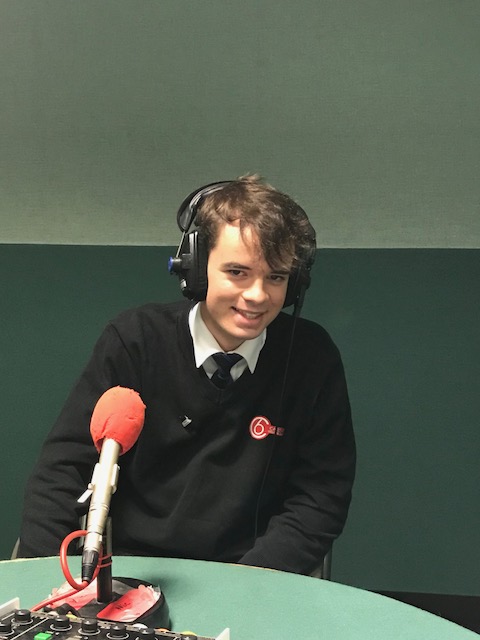 Last Week our Head Boy Elis was given the opportunity to appear on BBC Radio 5 Live to discuss a widely debated topic – Brexit. Here is what he has written about his experience:

Being cast live on BBC Radio 5 Live is certainly an experience that I will never forget. Earlier this week, I was contacted by Mrs Morton who herself had been approached by the BBC regarding a Brexit discussion involving teenagers. Representing the College is a fundamental aspect of my role in College and so being given this opportunity was something that I looked upon with great pride.

I prepared for the discussion by reading articles on the Financial Times website (a subscription provided by the school). The articles are of a high quality and so provided a great grounding of knowledge regarding Brexit. This, combined with my Economics lessons, has begun to further my understanding of current issues in the world allowing me to debate them. This is a skill that will prove essential for interviews in December.

Brexit is a controversial topic which presents difficulties to many due to the complexities it consists of. I believe the ‘leave’ campaign was particularly striking and impacted many people who may not necessarily have read up on what was at stake. Brexit provides an opportunity to reconstruct the British jurisdiction to reform the law in a way which is a greater representation of our society.

However, economic analysis of the situation most likely portrays that remaining in the EU will be more beneficial to the UK. This is because membership of the EU enables frictionless trade between member states, of which many MNCs access the European service sector through establishing their headquarters in the UK. Brexit will take away this gateway meaning these companies will likely move their HQs into mainland Europe to maintain access to the single market. This will thus result in reduced tax revenue for the British government resulting in less money available to spend on public services. It is for these reasons that I believe remaining in the EU is more beneficial for the UK. Many of my peers share this belief with me.

EU law is very widespread throughout the UK and so Brexit will require the UK to decide what laws we wish to keep, those which we wish to adapt and those which we wish to remove. This will result in much uncertainty regarding new laws especially those affecting businesses. This will result in greater demand for legal services since firms will likely require interpretation of the law to avoid breaking it. This increase in demand will create more jobs for lawyers thus indicating a positive future for prospective lawyers.

I travelled over to the BBC studios in Llandaff where I would be in call with three other teenagers. The discussion itself was held between me and three others: a 17 year old boy in Northern Ireland, a 14 year old girl in Scotland and a 16 year old boy in England. Each of which was affiliated to a political party which was quite nerve-racking since I have no particular political experience of my own. However, my debating experience equipped me well and I was able to maintain my position efficiently. European Youth Parliament competitions also provided me with a great experience in dealing with political debate.

I thoroughly enjoyed the experience and look forward to similar experiences in the future.